Pity the poor dinosaur, found in many lands
With those stonking great big leggies
And such tiny little hands. 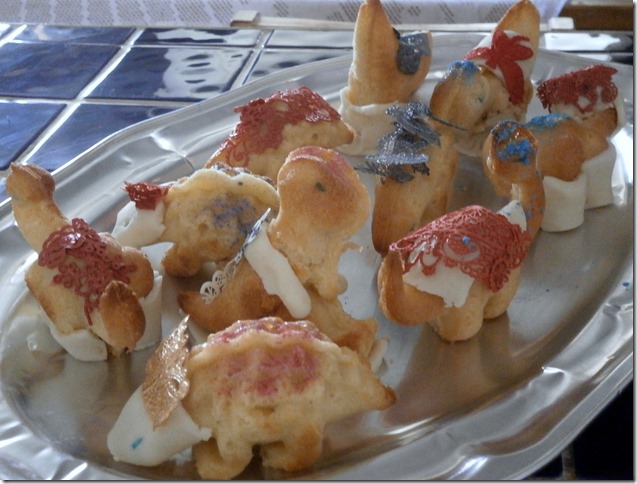 It could never be a model, despite being so tall
It wouldn’t suit a pencil skirt
or skinny jeans at all.

It couldn’t hobble down a catwalk in high heels and a wig
Or have a pup and not get up
For less than a million quid.

It couldn’t work in real estate – it can’t get through the door
Or show a client round upstairs
Without falling through the floor.

Could it be doctor dinosaur?  Famed among the nations
For delicate, small hand surgery
And eating all the patients.

Pity the poor dinosaur, it couldn’t really think
Or work, and so I feel I know
Just why it went extinct.

When you have made a dinosaur and stood it on its toes
After dipping it in chocolate
It falls over on its nose.

Even if you wrap its feet in marzipan. 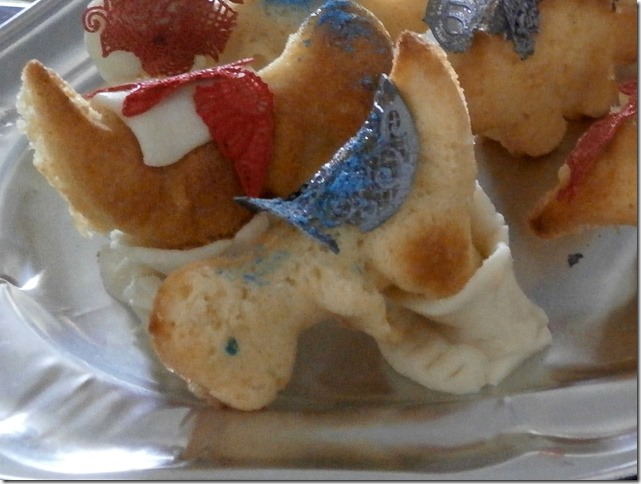 All this occurred when my granddaughter woke up one morning and relayed to her mother her urgent need for dinosaur cakes.  Her parents advised her that the best thing to do was to buy Nona dinosaur cake moulds for her birthday.  And for lo!  It came to pass but the T. Rex keeps falling over.  I think it’s been hitting the sprinkles when no one was watching.  Here it is at the back, look, covered in chocolate, minutely examining the rim of the plate. 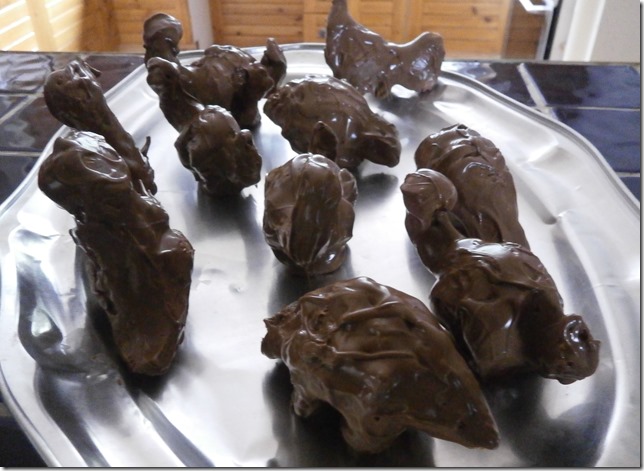 It may well have died of embarrassment, obviously having evolved as a top predator, chasing up to a smaller animal and then just – falling over, bonk.  In life T. Rex may well have had a long proboscis but as the fossil record shows, by hungry adulthood its nose was thoroughly flattened,

AD IT WOULD HAVE TALKED THROUGH FLATTED DOSTRILS AND SOUNDED LIKE SOMEBODY WIF A CODE, DIKE VIS.

Dinosaur moulds from Lakeland by the way.

This entry was posted in Werse and tagged dinosaur cakes. Bookmark the permalink.