I think it is good for any artist to reach beyond their zone of familiarity and essay another medium altogether.

Many years ago I did crazy patchwork from the very pure motives of using up expensive pieces of material, rather than throw them away.  There is a cushion, recovered often, with a crazy patchwork cover underneath, in velvet, and a stool cover, the same.  All hand sewn with interesting stitches. I also sleep under a quilted bedspread which I made, more than thirty years ago, from some good fabric found on a market stall.

However it wasn’t until I went to the Festival of Quilts at the NEC that I saw the stupendous levels  to which some quilters take the craft to produce actual artworks in fabric.

I am so far behind that, as to be grovelling on the floor, but I have made a quillow for the step-mum-in-law.

The quillow is a handy invention , a quilt that turns into a pillow. If you are speaking British English rather than American English it should probably be called a quushion. 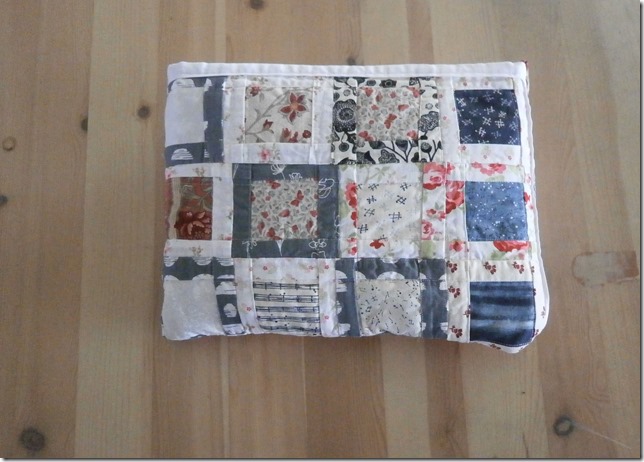 Here is one side of it 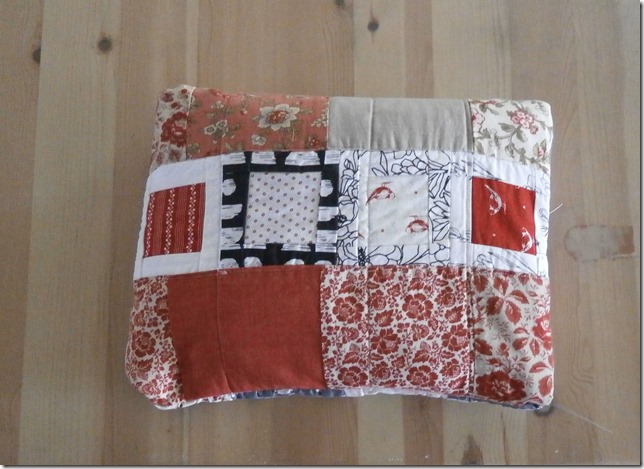 Here is the other.

The entire quilt fits into the cushion. 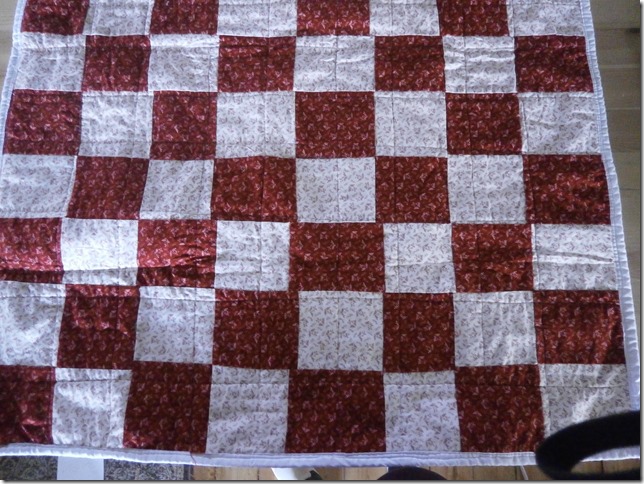 This on one side and 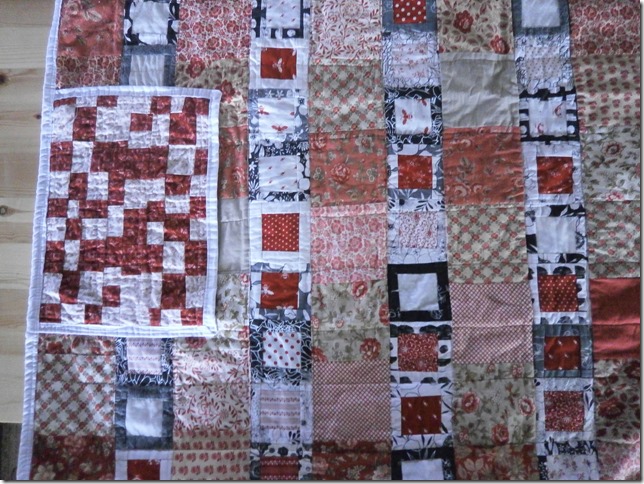 this on the other side.  Everything is patchwork, including the pocket, at the left of the picture that it all fits into.

I didn’t have a pattern I just saw one and had a go.

It is imperfect but I enjoyed every minute of it.  In the middle the sewing machine which I had bought from a shopping channel, broke down, entailing hours of online correspondence, a trawl of Tinternet to find a repair shop still open in lockdown, miles away.  I took the machine there and left it, retrieving it some weeks later.

For the first time I used a walking foot, a sewing machine foot which passes fabric through from the bottom and the top simultaneously, thus avoiding the wrinkles.  It  worked well, all the mistakes are my own originals.

This is definitely not art.

Incidentally to fold the quillow into its own bag you need to place it, bag underneath, fold the sides over each other in line with the edges of the bag and then turn it all over.  Place your hands inside the bag which is now uppermost, turn that inside out and fold the  quilt into the bag.

It lives on your comfy chair, looking like a cushion until you fancy a nap, whereupon you unfold it into a blanket with a very handy pocket for your book, or chocolate. 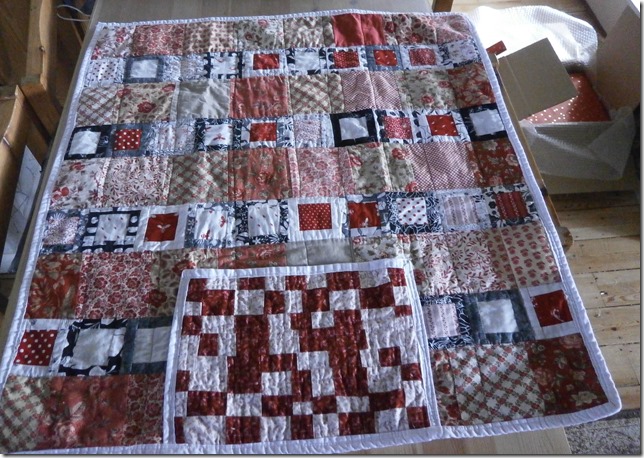 Stay tuned for more adventures in quilting.  A lap quilt is a nice gift, it’s the hug we aren’t allowed to give yet and a very good way to pass the time in creativity of a different and interesting sort.  It also has the benefit that, if you are giving it away, you cannot hit the ‘I hate this rubbish thing, why did I make it?’ wall that usually occurs a few days after perpetrating anything, because you’ve packed it in the box you can see on the floor and sent it off.

This entry was posted in About artists. and tagged quilting. Bookmark the permalink.