The tale of the triffid tomato.

Back in the spring when we were still locked down, it was permissible to take my sewing machine to another town where a shop could repair it under guarantee.

The return journey was paused to visit a strange supermarket, such a thing, at the time, constituting a wildly exciting day out. (And, reader, when we went to collect the machine we visited the same previously unknown supermarket, even though there was food in the house.  Obviously because we needed to use the facilities provided for the elderly bladder and not just because we were having a jolly when we should have been sitting at home being miserable.  Though to be fair we were masked, squirted and gloved.  Well I was gloved.  The only time in the last eighteen months that I have been out without gloves was when the hospital receptionist forced me to take them off because ‘only the doctors are allowed to wear gloves’.  They will besmirch her fingers with devil’s snot when she gets to Hell, in my opinion.  Just saying.’)

In this marginally sumptuous venue I purchased a little tomato plant.  I grew it on in the sunroom and repotted it twice before planting it outside in a16 inch pot  With Richard Jackson’s Root Booster and some Easyfeed.

Here are some of the tomatoes which have fallen upon the ground. 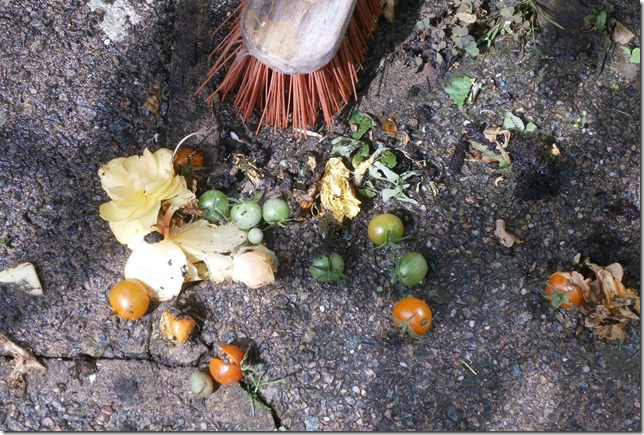 You may wonder why I am not picking them all before they drop.  Good question. 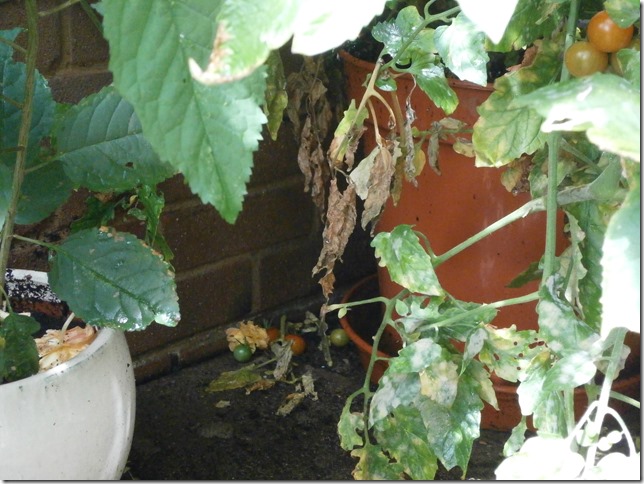 Underneath the plant, which is so gigantic I have had to support it with a garden chair. 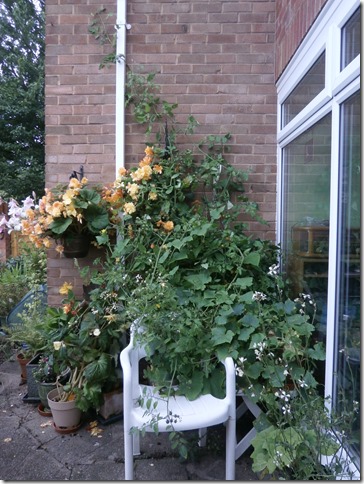 It has climbed up over the substantial wire obelisk, which is buried in there somewhere, and is now venturing behind the drain pipe.

Next week I expect to be able to lean out of my bedroom window and pick tomatoes. 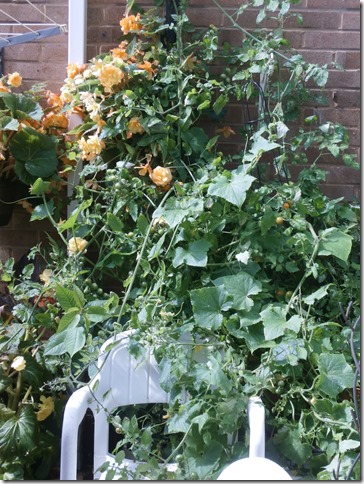 There are many tomatoes. 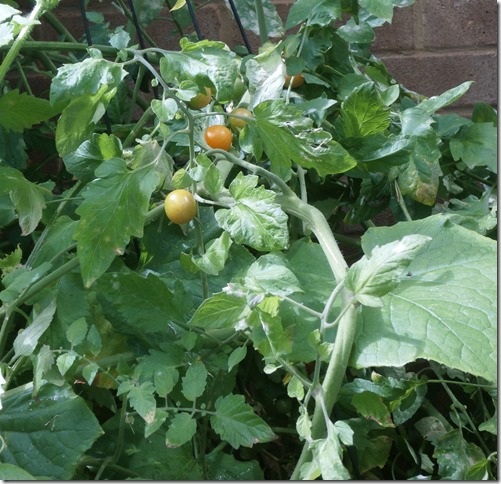 Many, many cherry tomatoes.  There is also a cucumber plant. which was standing on a table, which has now been overgrown by the triffid, and is starting to produce cucumbers interwoven with the tomato vine.

Yes of course he can, there is plenty, or maybe, planty.

I wish I could email you some through the ether.

Picked off the vine and shoved in the gob, summer has arrived.

This entry was posted in About artists. and tagged growing tomatoes, tomatoes. Bookmark the permalink.