I am delighted to say that this time next week, I’ll be at Miniatura.  After all the sadness of the last few weeks we all could do with something as uplifting as Autumn Miniatura.  I have never failed, whether as exhibitor or visitor, to return from the Min cheered, enthused, with a head full of positivity and a bag full of little purchases.

I have new news (which is always the best kind) which you will already know if you receive Miniatura updates prior to the show.

I have decided to bring back my 12th scale glass-eyed dolls.  I stopped doing them for numerous reasons, not least because there was so much competition from many makers producing craft products from commercially available moulds, in a vast range of materials.  There is nothing wrong with this at all but I felt at one point when enough visitors had asked me which moulds I used or what brand of polymer clay, that it was time for a break.

My porcelain dolls in all scales are produced by me from my original sculptures which I turn into my own plaster of Paris moulds by a lengthy process. I then refine the castings, fire them in  my kiln, scrub them, china paint them, re-fire them, assemble them and dress them.  I pour and fire many parts of dolls at once but there is kiln wastage attached; the finer the porcelain, the more subtle the joints, the more there is to go wrong in the kiln.

When I first found miniatures I was desperate for a lovely porcelain doll to dress.  I actually wanted a glass-eyed porcelain doll, but there were none, which is why I started making them.  At first these had an attached turning head, for which I worked out a new way of jointing, but half arms and legs that were wired during assembly and covered in chammy leather.  I was offering these for sale with a cork pate covering the hole in the top of the head through which I inserted and plastered the glass eyes.  It took a while to find the excellent eye maker who could make hollow blown glass eyes for me, which the light enters and comes out of, so the doll appears to be looking at you.  He was beyond the old Iron curtain but we formed a friendship.  Sadly he is no more.  All I can get now are solid glass eyes which are not the same, and cost £9 a pair, which will make £45 glass-eyed miniature dolls a thing of the past.  I have a stockpile of the hollow eyes, which will not last forever.  If a doll looks at you and you fall in love, you should get it; that handmade doll with those handmade eyes is a one-off.

As I was charging ludicrously small amounts for finished dolls, which could take up to a week each to make, I quickly found doll collectors eager to join in.  There were, however, two sticking points.  If you are dressing a doll it is much easier to dress the doll before you make the wig.  Keen doll dressers are not naturally wig experts, I discovered.  The other problem was the time one.  Visitors started turning up at the Min to apologise that they hadn’t got round to doing anything with the doll they had bought at the last show, which was living, bald, in a paper bag.

The next couple of decades, I learned and evolved until I could make this: 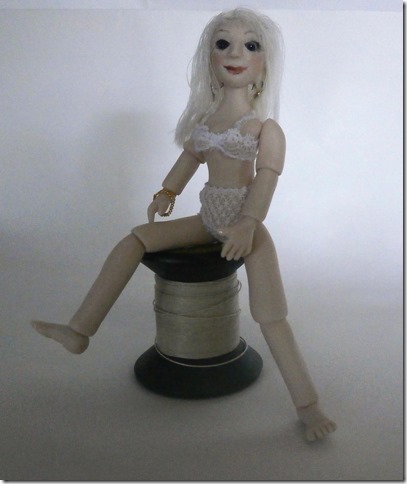 she is an internally jointed, glass-eyed doll with brushable hair, whose hair can be brushed, just like yours, after you have dressed her, but because of the all-porcelain jointing, looks just as good sitting on a bed, if you never get round to the dressing.

Yes, just like any miniaturist, the dolls are sitting on the bed, half undressed at three in the morning, wondering whether to go back downstairs and finish gluing the architraves now, or to turn in and get an early start in the morning.  (When we will find that we left the top off the glue pot again and it has gone rock solid overnight, so we’re going to have to do glue shopping first anyway.)

Authentic, see?  Here are some more people who will be going with me. 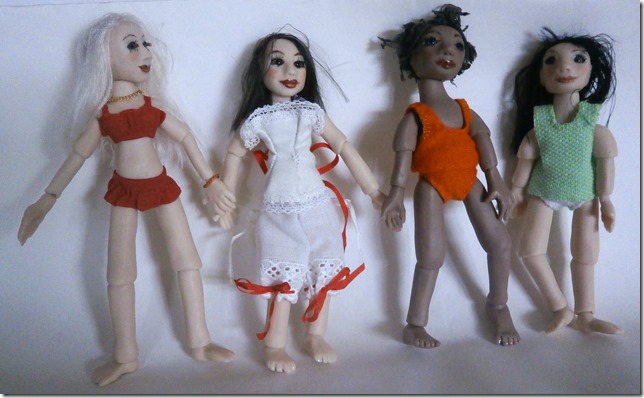 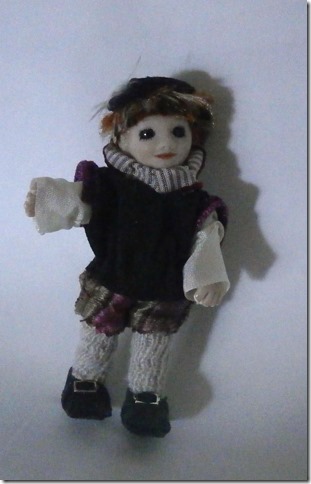 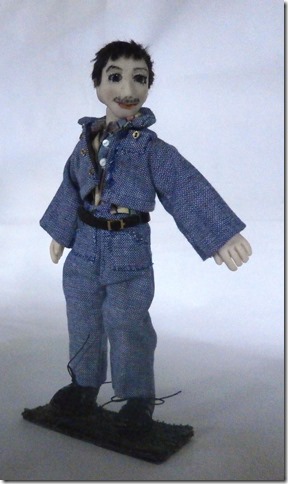 And, of course, all the smaller scales, as always.

But mostly plenty of dolls to dress, or leave, depending.  Just what I wanted myself when I first started miniaturising, nearly forty years ago. 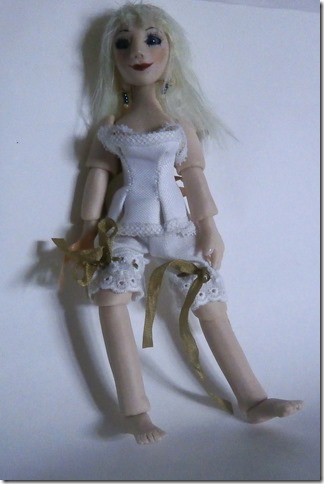 Drop dead gorgeous, I wish I still was, on the other hand, despite all recent happenings, I have not dropped dead (though it was a close call) and I will be at the Min and that is gorgeous.

This entry was posted in Miniatura and tagged Autumn miniatura 2022. Bookmark the permalink.