It’s this weekend!  I can’t believe it.  Muriel Hopwood, inventor of this event, has a theory that if everyone was very quiet just before the show opened, you’d be able to hear the ‘ping ping ping’ of all the china fresh out of the kiln cooling down.  As she used to exhibit her own porcelain until the show became so large, she should know what she’s talking about.

It’s certainly gone down to the wire for Pat Davies at Lili-Anne who is, hopefully, exhibiting a miniature version of the toilet of Victorian plumbing genius Thomas Crapper, with copyright permissions from the plumber’s descendants.  Thomas Crapper pioneered the idea of the bathroom showroom and secured orders to supply royal toilets to Edward VIIth for his new purchase of Sandringham in Norfolk.  When I last spoke to her, Pat was having various production difficulties and only had a prototype to photograph.  Will she make it in time?  I’m keeping my legs crossed that she does.

Malcolm’s miniatures is already there, with this 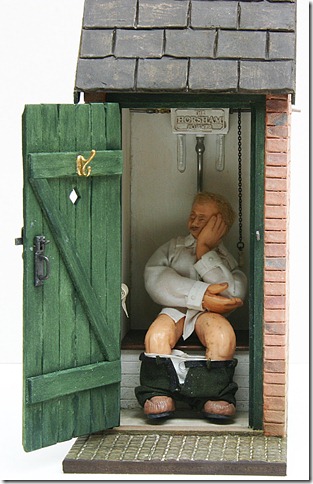 although he seems to have forgotten the newspaper.  Malcolm has a new picture box kit and some 24th scale items. 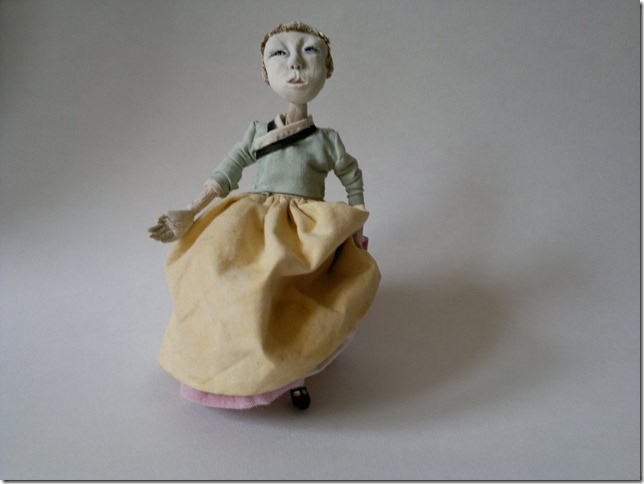 Sahaya, the doll maker, is the only one I’m aware of to be accredited by the Vegan Society.  This doll is Doma in Korean dress.

Carol Smith, whose pantry I showed you last time, also has a toilet. 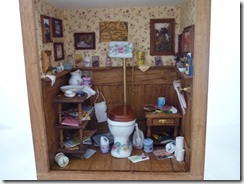 And so does Martin at Willow models, in 48th scale 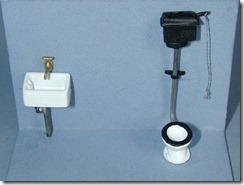 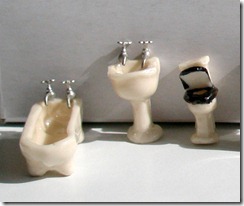 I do usually have them in 24th scale and will strain to get some out on the table for the spring.

What I do have is 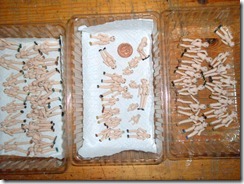 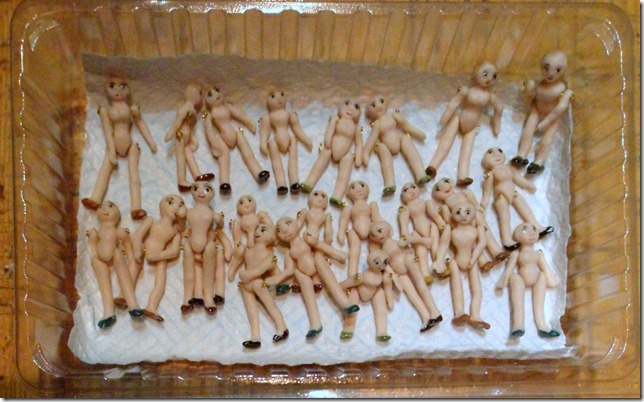 48th scale porcelain dolls.  This photograph was taken two hours ago, since when I have been gluing the wires into the flexible ones.  I may be wrong but if anyone has ever made flexible porcelain  dolls in 48th scale before, I haven’t heard of it.

Muriel was right.  The whole show isn’t there until it’s there, about five minutes before the show opens.  I don’t think it matters how long the interval between shows will be, the art that gets taken is the art that makes it in time, which is why the show is so exciting.  Visitors don’t know what will be there and neither do the artists!

I’m willing to bet that all over the world there are Miniatura artists right now saying: Oh poo!  2 days, one and three quarter hours to Miniatura and I’m still not ready!

I’ll leave you with a MagsNificent bucket of horse poo 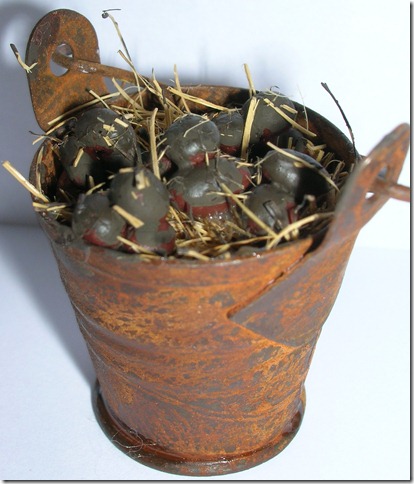 It is Miniatura this weekend but there’s no need to get your knickers in a knot, all the details are to be found at www.miniatura.co.uk.  If you’ve never been before, public entry, pay at the door day is Sunday.  The show is all in one hall which has plenty of restaurants, exhibitors, seating areas and, of course, toilets.

JaneLaverick.com – in a rush that I make it in time, if I get pictures from Pat or finish my flexible dolls, I’ll show you just before the show.

This entry was posted in Miniatura and tagged artists, Miniatura, show at the NEC, toilets. Bookmark the permalink.