I would like to talk to you about green.

Who is it?  I wish you wouldn’t mutter when you’re at the computer, read it in your head.

It’s Jane, she wants to talk to us about green.

What, Queen?  Bohemian Rhapsody, or the one doing weightlifting for the nation?

Yes, green. In small amounts it can be a restful colour, such as this grass. 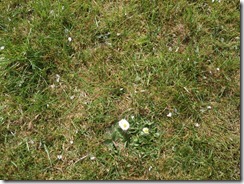 Actually, that’s not very restful at all.  I should be doing something about the weeds.  I do have a bucket of stuff to feed the lawn, sort out the weeds and make the moss disappear.  It is a bucket of stuff and the stuff is still  in the bucket.  Won’t do much good there.  To be honest, the reason I’m reluctant to use it is that it will make the daisies vanish too.  I like daisies.  That picture is not at all restful, it’s a dilemma

Well that’s not difficult, you can do it without the weeds if you use that bucket of stuff you used.  You should tell her.  Tell her about your bucket.

I can’t, I don’t know what it was called.

It’s down at the bottom of the shed, somewhere.  You go and look if you’re so keen.

Not right now, I’m reading this.

This is a better picture. 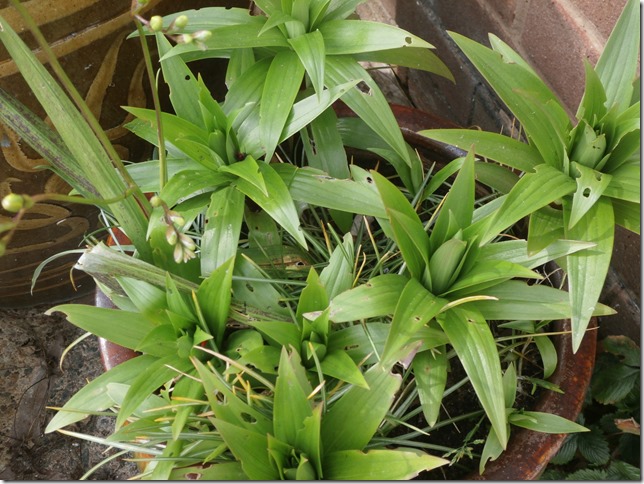 It’s a pot of lilies, about to do their thing.  Oh dear, they’re full of holes.  That’ll be lily beetle.  Not only is it early in the season, I have no idea where the stuff for that is.  I knew.  It was in the garage on the shelf and then they took the roof off the garage and when they put the shelf back on the wall there was nothing on it but air.

I can’t get into the shed, it’s full of junk and dust.  You can’t breathe in there.

Oh I’ll email Jane, she’s got a shelf full of air, maybe she could send you some.

Anyway.  Under normal circumstances, with someone who had been gardening in the usual way instead of taking cups of tea to builders all winter, there would be a garden full of lovely green things right now which would have inspired that person to do a room with a feature wall that she wouldn’t realise until she had painted it three times 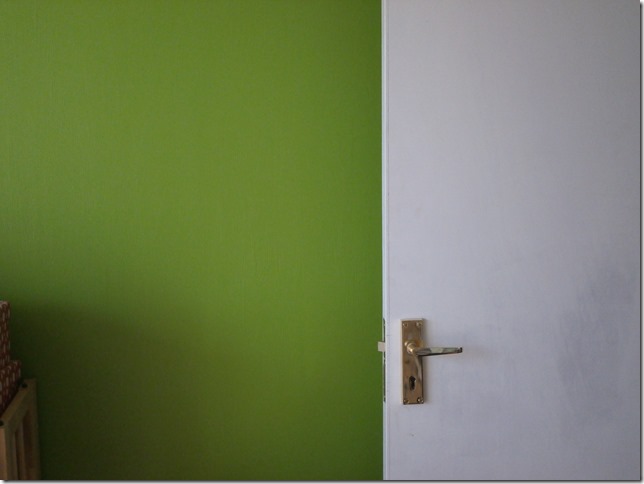 I’m looking at it on the computer and it doesn’t look half as green as it does in real life.  In reality it is very green.  It’s only one wall and it’s green. Very green.

What are you muttering green for, under your breath?

It’s not me, Jane’s got gangrene I think.  She’s certainly gone green.

Is she having a bad attack of the Sixties?

Maybe, you would think someone who had lived through it the first time would know better.  That orange wall in the coffee bar?

Oh yes, and that wallpaper your Aunt had, with the swirly brown and orange things that made your eyes go funny?  I never liked going there.

It wasn’t the wallpaper that put you off, it was the cooking.

Yes, and the rock cakes.

Oh yes, that time when you thought you’d broken your tooth and spat it out and it chipped the plate…

So you would think when the OH and I were debating the colour to do the sun room at speed so the carpenter could lay the floor, we would have learned from my mistakes.  Sadly, the only colour we could agree upon at all was……….yes, ‘fraid so. 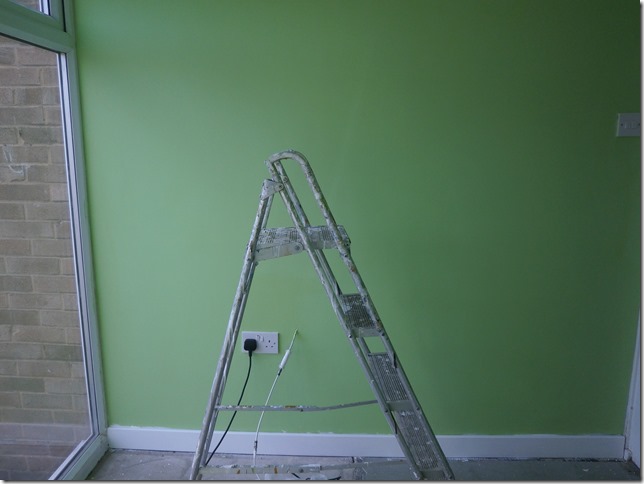 Dear me, it’s bad enough in a feature wall but we did 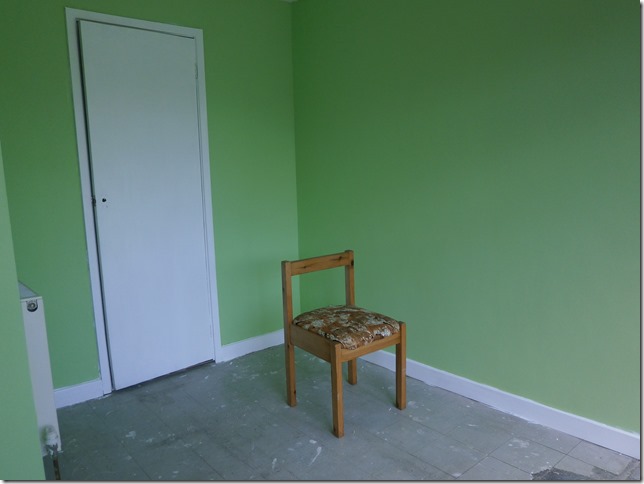 the lot.  Every last wall except the glass one. 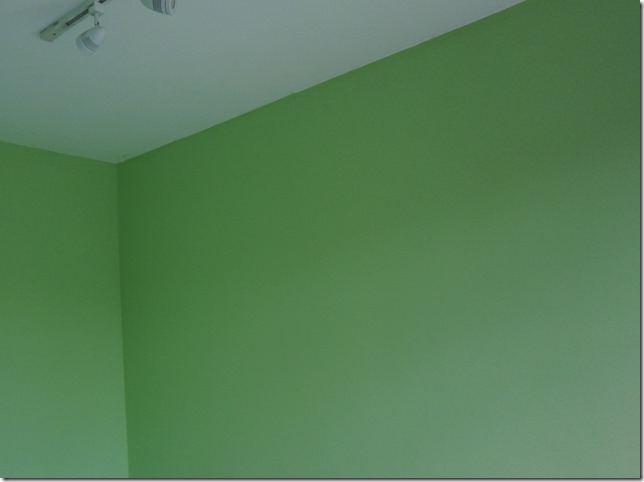 The lot.  The computer is being kind, sitting in the room is like being inside a cow’s first stomach with an undigested leprechaun high on four leafed clover.

I think she’s finally away with the pixies, or at least with an undigested leprechaun.

Fair enough, we’ve been locked in for a fortnight now.

You could always cut my toenails again if you’re bored, they’re growing quite quickly and you know I can’t get down there any more.  Now where are you off to?

I’m going to find your sandals in the junk in the bottom of the wardrobe and then you can just dangle your feet out of the window.

This entry was posted in The parrot has landed. and tagged colours of paint, humour. Bookmark the permalink.