Are you an Autumn enthusiast?

I am in a qualified sort of way.  It might be something to do with getting older but I do see Autumn as a sort of death of nature. 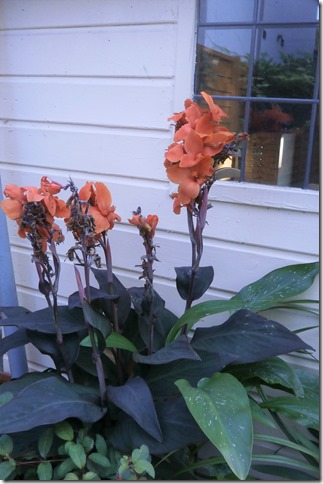 The cannas are doing a last hurrah.  These are last year’s planting, the new ones from this summer haven’t established yet. 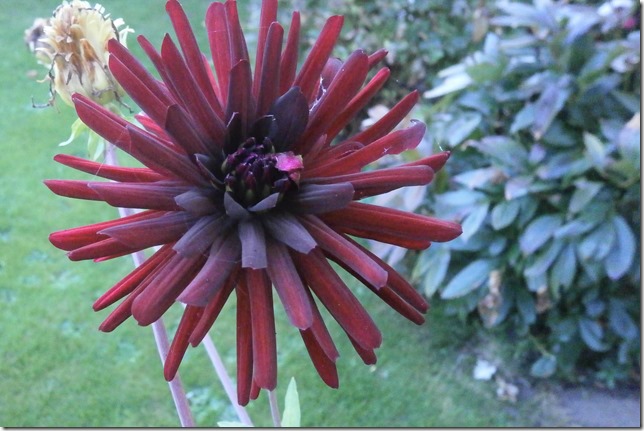 The dahlias, similarly, are showing off still.

However, a couple of weeks ago I became aware of a fine crop of toadstools on the front lawn.  These burgeoned in lines from the flowering cherry in the middle of the lawn towards the hedge.

I called in the expert on trees, according to the flyer he had put through the front door.

He arrived, yes it had flowered in spring, and yes the leaves had been sparse in the summer.

It hangs right over the community library on the drive.  Small branches have dropped off.

So the removal was booked and came a week early.  The flowering tree is chips in a skip.

But when they got to the trunk, cutting it into big logs that were too big for the chipper, I went and had a look.  Inside the tree was sawdust.  The whole core was rotting from the inside out.  All that was left was a thin ring of wood round a dead centre.  It had turned to sawdust on its own.  I didn’t know trees did that.

I shall leave the lawn over the winter so the roots can rot down.  There will be more toadstools, everything will decay.

Is it a metaphor, or just an old tree? 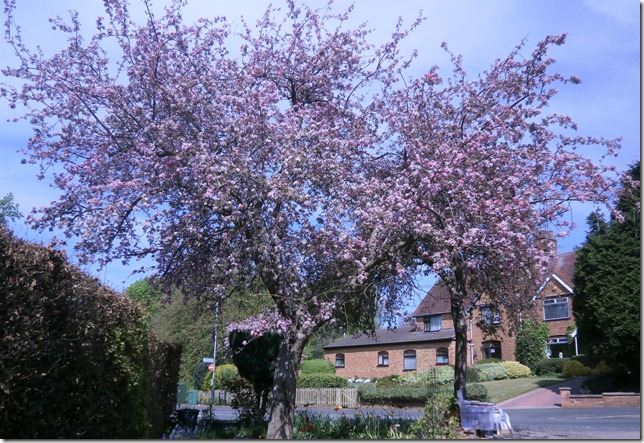 The removal cost nearly six hundred quid.  Blimey.  I would have a wake if I could afford it, with less than six people from the same household, standing two metres apart in the garden, drinking responsibly and if anyone sneezed in their mask we could all leg it across the empty lawn and on to the pavement.

This entry was posted in About artists. and tagged autumn. Bookmark the permalink.