One of my many hobbies is card making.  I’m doing it quite a lot at present: there seems little point in adding to doll stock until either I get my eyes sorted out, or my surgery done so I could actually do a show, or shows recommence.

Meanwhile making a card to send cardboard love to someone you cannot see at present, makes sense to me.  If you are not a wordsmith, or have no idea what to say in a letter, the handmade card says it for you. You enjoy making it and spend happy time doing so, the recipient enjoys receiving it because they know you care and it isn’t a bill coming through the post, which, in January, is a kindness.

Having progressed from just cutting out something pretty with a die cutting machine and sticking it on a card, I am now telling stories with my pictures, so I am looking for dies that cut out ingredients.  My current favourite pack contains the Ikebana dies designed by Pete Hughes for Sizzix.

Ikebana, of which more later, is a very particular type of Japanese flower arranging.  It is a disciplined and very exacting art form.  I have seen some arrangements in this style at shows, which would leave you in no doubt at all that this is art, making a statement about the universe.

The Sizzix dies cut out seven different vases or containers, numerous branches, flowers and flower centres.  There are pictorial suggestions on the front of the packet and, having coloured all the elements, they can be stuck on to a flat card and you’d be fairly certain to make a lovely card front with little effort. 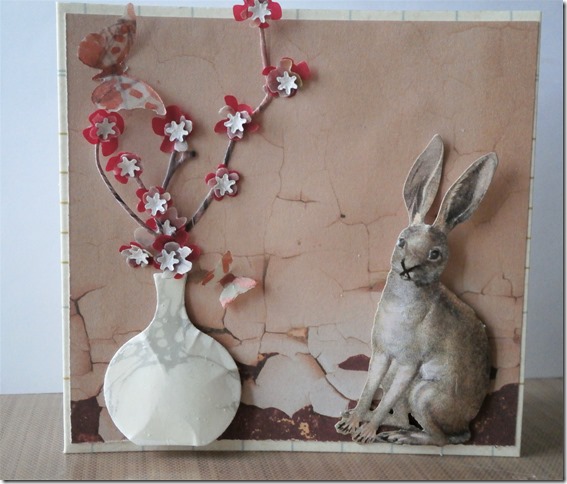 Being a miniaturist by nature, I naturally got ambitious.  I wondered, where had the flower arranger found the branches? Had she picked them from a garden by the sea? 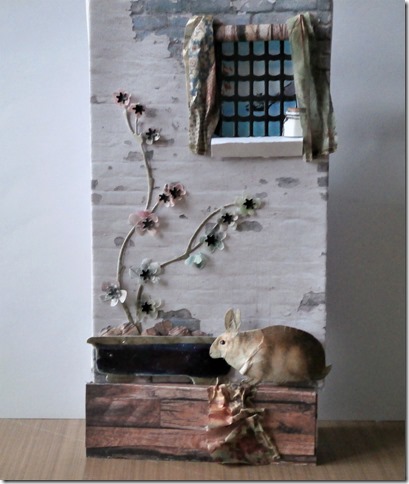 This is a DL size card. The view outside is a little watercolour painting, I did a few.

Then I got miniaturised, as usual and wondered how much of a story I could fit into a four inch square card. 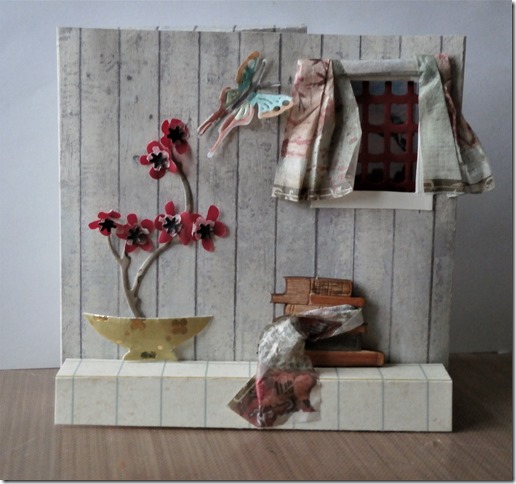 The flower arranger here is a student, as you can tell by the pile of books, the vase in this picture is cut down from the die cut, my flowers throughout are vellum. The window is from a small set of window dies that were inexpensively found on a general retailer’s site, but any grid, cut down, would do. The pole above the window is rolled paper, the curtains are rice paper, the bench below is paper creased five times to make a square tube when the ends overlap.

The entire card front is elevated in this way:

Card larger than four inches on three sides is folded to make a false card front.  The view through the window, which doesn’t have to be your own painting but could be as simple as a picture cut out of a magazine, is stuck to the original card back.  In folding the top ‘wall’ cut a space for the light to illuminate the view..  This particular card tells the story of the naughty cat. 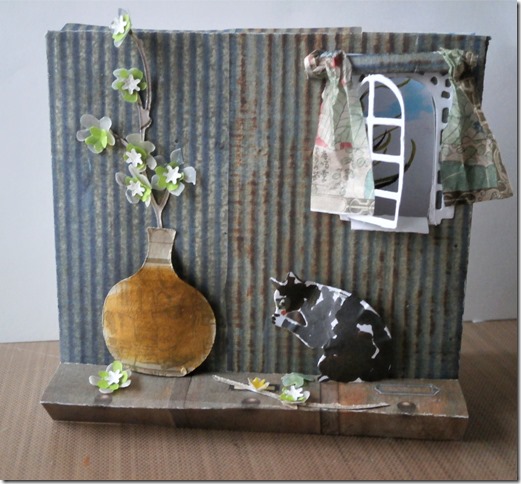 This is not my first encounter with Ikebana.  That came in the sixties.

My mother, lady of leisure, similar in sound (but with a Geordie twang) to Margot in the Good Life, attended flower arranging classes weekly.

Competition for the good graces of the teacher was fierce.  The poor woman had to have a rota, receiving more invitations to tea and coffee than could be fitted into a week.

At first the flower arranging was quite simple.  Get vase, get flowers, ram one into the other.  Break for Christmas, posh gift for flower arranging teacher, slight rivalry with my mother’s sister, who was very artistic and a better baker.  She made small cakes of such beauty it was a pity to eat them, though we always managed.  My mother was more big potatoes and gravy by nature.

In term two the learning became more serious.  Vicious devices for forcing flowers to do what you wanted were purchased.  Blocks of green foam for shoving stems of innocent freesias into were superseded by a thing that was a cross between a metal hairbrush and a hand grenade that lurked in the base of a special container. My mother came home from classes muttering about ‘S’ waves, asymmetry, triangular arrangements in big vases and the need to visit country houses to see what they were up to.

She purchased a pair of secateurs so violent generals probably would think twice about allowing them on to an army tank range. They were short, blue, had little curved blades that went ‘ting’ in the sunshine and could cut through oak branches, if necessary. My father vanished upstairs to do some drawing if the blue secateurs came out. 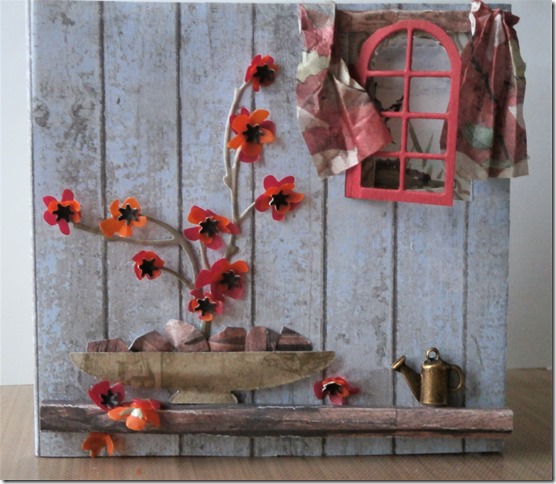 My mother went into the kitchen with a special flat, expensive vase, some poor flowers, some branches, some wire for wiring the flowers on to the branches if they didn’t want to go, the violent secateurs and her lower lip set in a line that could have cracked concrete.

When she emerged to plonk the damp result on top of the expensive wood television my father, resigned husband, who used to go diving in jellyfish for recreation (really), didn’t hesitate for a heartbeat to lavish on the praise.  I followed suit, knowing instinctively that his parenting skills encapsulated survival information.

The Ikebana went on for further terms, requiring ever more specialised vases and bits of rock. My father, lifelong antiques collector, won gold stars for supplying antique vases that were not only suitable for Ikebana; being unique and ancient, they could not be copied by other arrangers.  They turned my mother, with more ambition than artistry into the Lone Arranger, and she could not have rode into the sunset any happier.  She could lend the antique vases to the teacher for demonstrations and the other students could eat her dust and queue up to invite the teacher for coffee.

However the real components of Ikebana- the silence, contemplation, line, form, minimalism and general artistry of using natural materials to create ephemeral art and thus contemplate the universe, whilst listening to one note played very quietly on an instrument so archaic it’s probably strung with pterosaur guts, can be recreated nicely with this set of dies. 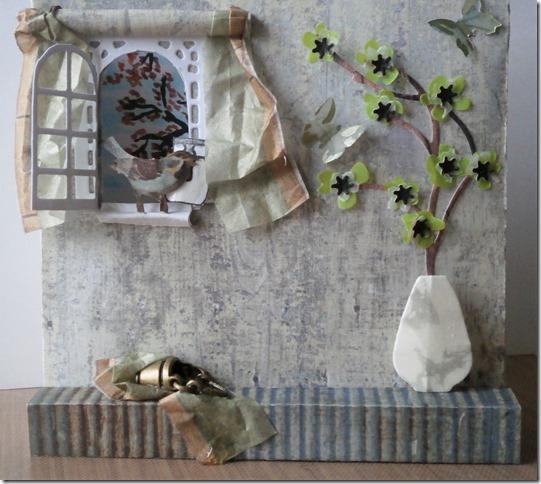 I have inherited the blue secateurs, they are padlocked in a metal cabinet in case of invasion from outer space.

If your Iki is Bana than mine, I’d love a picture, just click the link below.

This entry was posted in Things to make and do. and tagged dies to make Ikebana. Bookmark the permalink.

One Response to Ikebana