I read in the newspaper today that grey squirrels, which are not native to Britain, are responsible for the destruction of trees and chasing our native squirrel, which is a red squirrel away.

Well, I’m sorry.  I have a grey squirrel and I really like him (or her).  He, she or it is clever.  And fast.  The photos were taken over a while, so you’ll have to excuse the greenery shrinking. 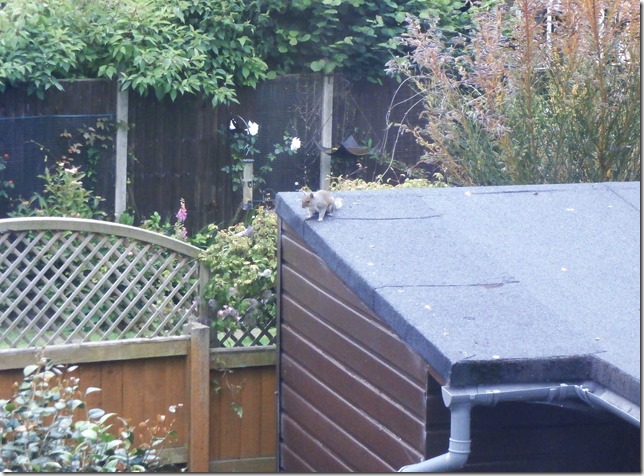 He arrives on the OH’s shed roof and has a look around.  He’s making sure the crow family, who are bigger than him, are not around.

If the coast is clear, he bounds across the fence. 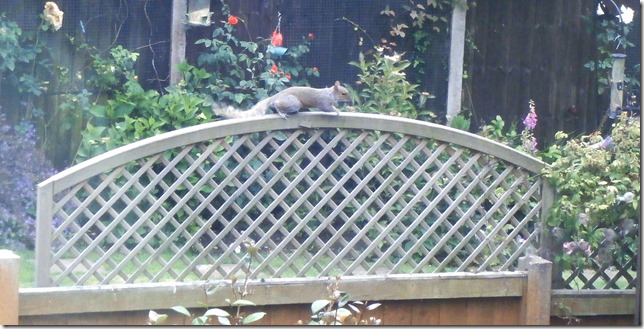 And down  on to the grass and up the bird table stand. 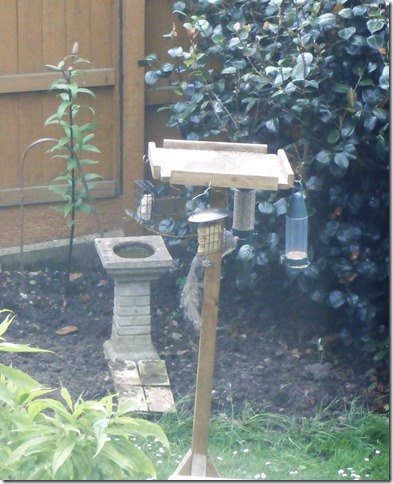 What happens next depends on me and the garden birds.  If there is something he fancies on top of the table, he will pick it over.  Favourites are sunflower seed kernels.  I either put these out neat, in a bird feeder, or loose on the table top if they are mixed in with Richard Jackson’s bird food.  (It says on the packet that it attracts all sorts of wild birds, doesn’t mention squirrels.) 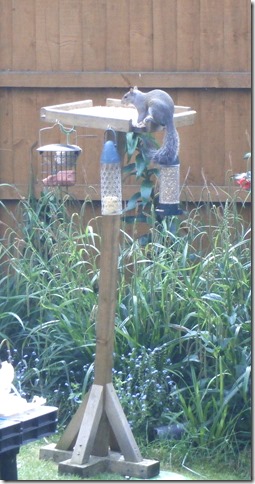 But if the birds have wrecked his plans by eating the bird food he is obliged to become an acrobat. 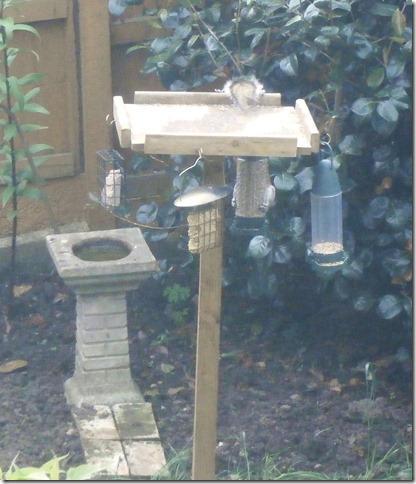 Very cleverly he hangs upside down by his tail, grasps the feeder with his paws and eats all the sunflower hearts he wants.

Sometimes he sits up on the table, digesting, and once he hobbled across the lawn, stopped and gave his tail a good wash to get it in working order.

I disagree, I think he is enchanting. 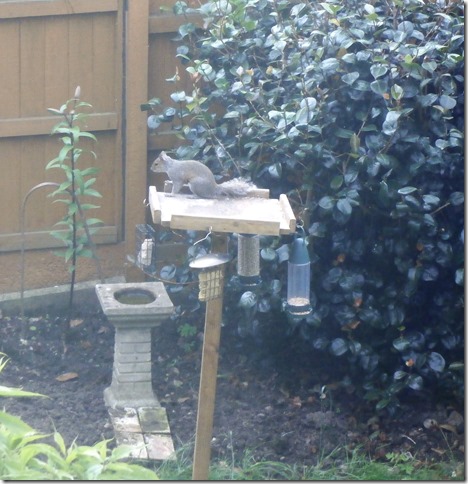 What do you think?

This entry was posted in About artists. and tagged squirrel. Bookmark the permalink.

One Response to The squirrel.