Esther kindly sent pictures of her frosty village, here it is: 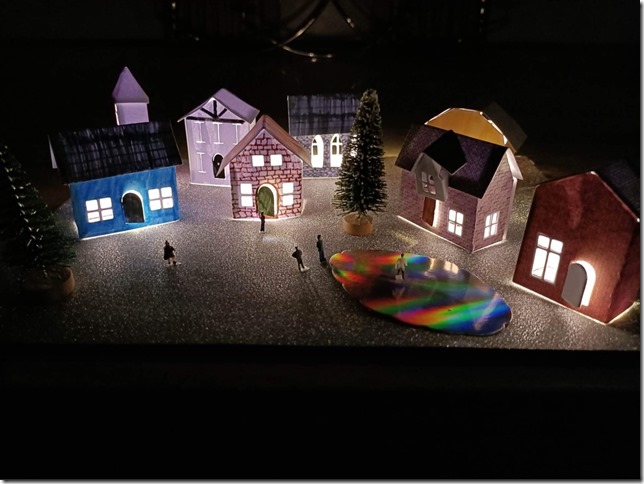 Isn’t this lovely?  Look, there’s even someone skating on the pond!

Esther improvised when a roof turned up missing, she made a new one by herself.  Very clever, I think, and how nicely she’s coloured in the houses that started off white. 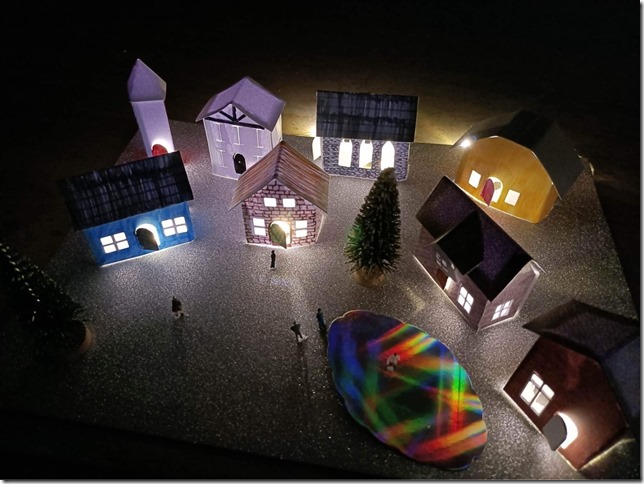 Esther is going to pack the village away carefully, so she can retrieve it next year.  It looks very peaceful and well organised.

We’ll have to see what state the world is in when we get to December 2023; if it turns out to be any more rubbish than it already is, we could do worse than go and live in Esther’s village.

This entry was posted in About artists. and tagged Tim Holtz village. Bookmark the permalink.