As it is probably a once in  a lifetime opportunity and we are knocking on a bit, the other half and I decided to make the effort to see the Olympic flame, in the fire, so to speak, regardless of anything.

As it turned out we were very lucky with the weather, on this wettest of summers.  On Sunday, despite a grey start, by the afternoon there was enough blue in the sky to make a sailor a pair of trousers.  Having researched the route we decided not to go to the park, or the castle but to wait at the end of the main road through the town by the old town gate, which is part of the Girls’ school.

We parked well away and walked up to the bend in the road. 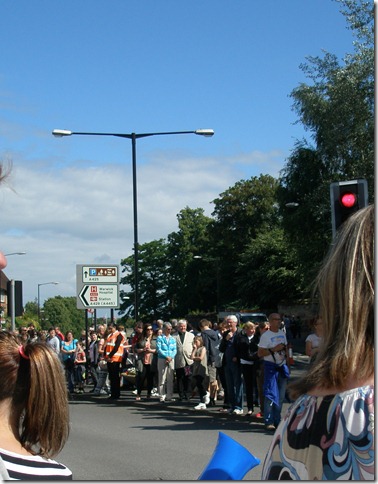 The other half decided we’d stand over there, on the bend, where the procession would curve past us.

I don’t know why I let him choose this sort of stuff.

A bend is a bad idea; you can’t see it coming and you can’t see it going.  You’re going to get about five seconds, at most, as it curves past.  Other people have worked this out, which may account for that handy gap in the crowds, over there, which is where we’re going to stand.

In the wrong place. 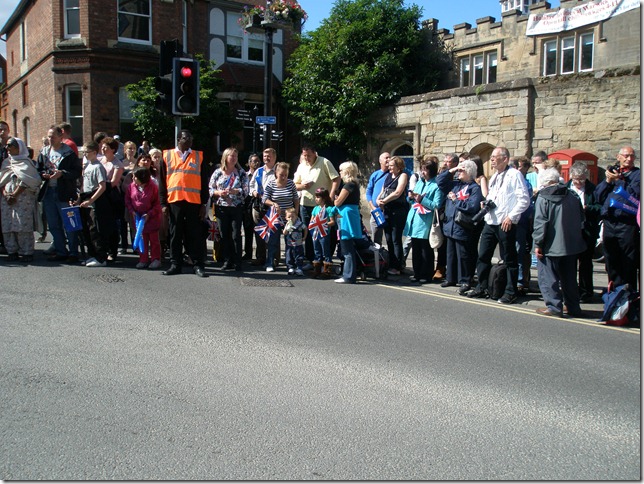 So this is where we’ve come from.  The place where people will actually see something.

The people who could see most are up on the town gate, enjoying an eight hundred year old vantage point and some champagne to match. 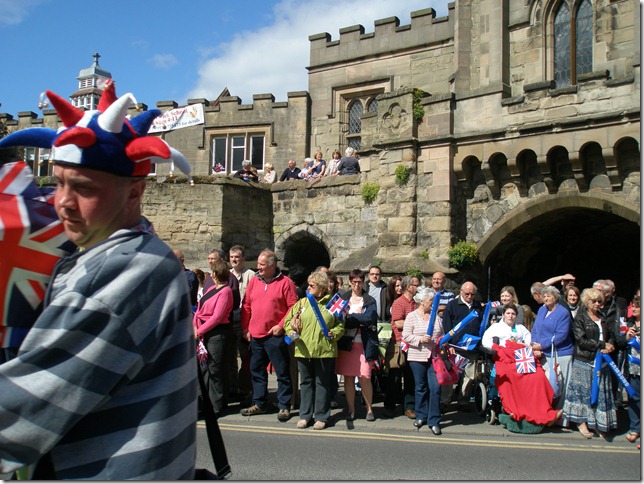 There they are, up on the parapet, with glasses, while the hoi polloi (us) are down on the road with the jester, who is flogging patriotic junk to the masses.

The number of purveyors of tat increased exponentially as the parade grew nearer coming from up the street in this direction.

There’s a bloke helpfully pointing it out to his family. In fact he should be pointing up the street.  It’s nice to see young families sticking to the traditional role of father being certain, authoritative and wrong. 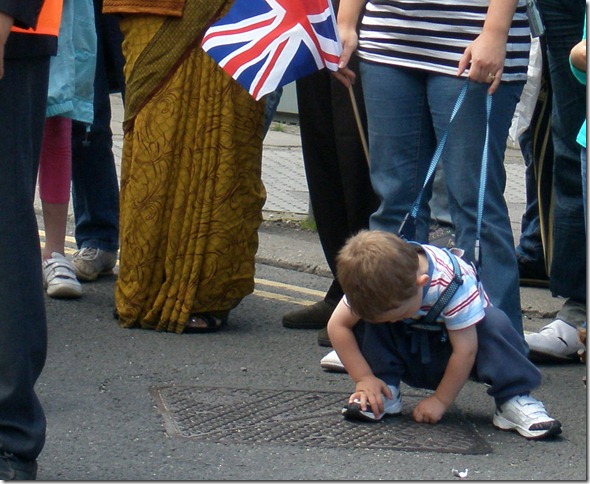 Under normal circumstances you just don’t get the chance to see these up close.  There are usually lots of cars going over them.  His mum seems well aware of his curiosity, judging by the reins. 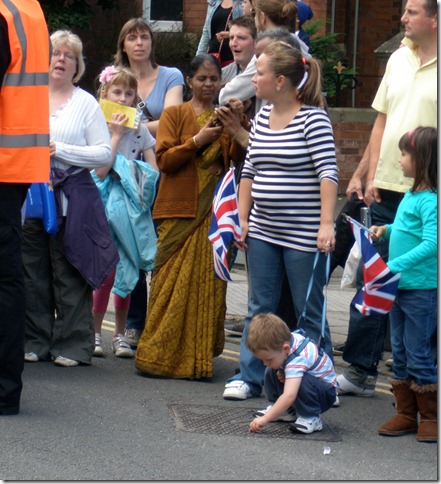 It’s so fascinating I’m surprised no one else is having a look.

Oh they are.  That drain cover is utterly the bees knees, isn’t it?  So much better than that boring flag, or whatever it was we all came out to see.

Something is coming now.

Chap on a bike.  A local policeman told us that the Olympic torch has been accompanied all over the country by members of the Metropolitan Police Force.  Not that the local bobby sounded jealous or anything of what you might classify as an all expenses paid, round-the-country holiday.  (He didn’t say so, I’m just extrapolating from his tone of voice.)

Followed by another big bus with more loud music. 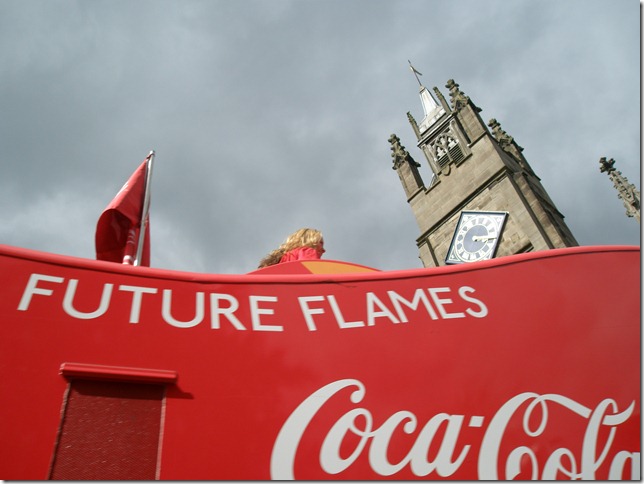 Flashing past the bend in the road at which I was standing.  Absolutely flashing.

Blink and you’ll miss it. 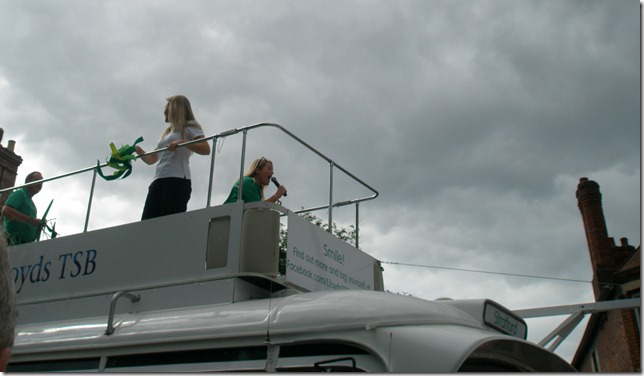 And then, at last, rushing past my vantage point in a millisecond, came 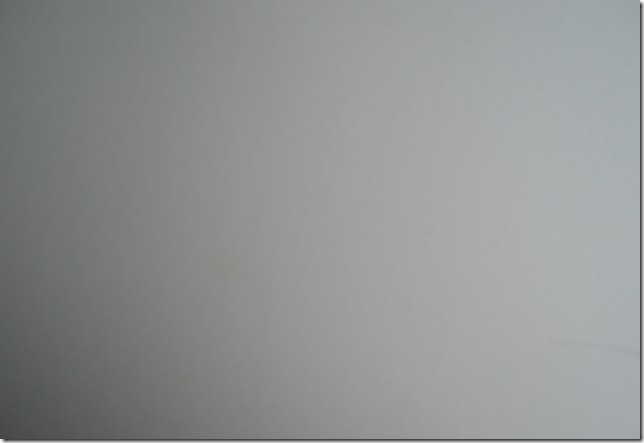 just as my camera battery ran out.

(It was a boy, with a metal stick, on fire, slightly.  He was running.)

This entry was posted in The parrot has landed. and tagged Olympic flame pictures, The Olympic flame, the Olympics local information, the torch reaches Warwick. Bookmark the permalink.