I have a problem with birthdays, I don’t usually like my own, this year for the first time in a long time I had a really happy birthday.  I’d decided travel by car was out because it makes the other half so ratty, so, after an early phone call to my mother, and a couple of really nice phone calls from friends, we went by train, for less than the cost of petrol and parking, to the jewellery quarter in Birmingham.  You may remember that I sold a lot of my jewellery for scrap value to buy wedding rings for my son and his bride.  Now I think it may be time to start replacing it a little bit at a time, starting by putting the birthday money together and heading off to the jewellery quarter to look for a gold bracelet.

Gold is a most remarkable substance.  Because of its intrinsic value and the ability to melt it down and start again, and the way that all the gold that is mined gets added to all the gold in circulation now, there is a strong possibility that some of the gold that Cleopatra owned is in your wedding ring or any other gold you own.  With this in mind I set out to add some ancient Egyptian gold to mine.

Throughout time the value of gold has remained undiminished.  Currently the global price, which is set daily in London, is very high and has been so for at least five years.  When I first started collecting gold jewellery from television shopping channels, just over a decade ago, the price for worked finished items was £10 a gram.  This was not the case on the high street, where, depending on the location (the posher the venue the swisher the ticket) the cost was £15 a gram upwards.  The lack of multiple high street premises to maintain, instead having just one shop in a television studio, with millions of shop windows in televisions throughout the land, gave shopping channels the power to buy in numbers previously impossible and pass the economies of scale on to their customers, leaving traditional retailers high street and dry.  So the gold I had sold for current scrap value of just under £10 a gram had been bought at the same price mostly. 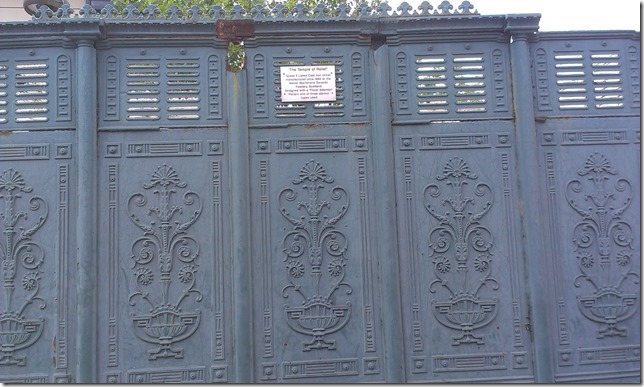 As you emerge from the Jewellery Quarter rail station the first thing your eye lights upon is this beautiful Victorian cast iron urinal, like the rest of this area it is rooted in tradition, though I was glad the ladies’ version, opposite by the car park, was a modern high tech one that completely washed itself down after every use.

In the jewellery quarter the current best price for worked 9ct gold seems to be about £20 a gram but anyone visiting to purchase would be well advised to take their time and have a really good look.  There are about 100 retail shops in around ten streets, although there are hundreds more businesses, all about gold, diamonds and every other lovely associated item.  The businesses have been there for about 250 years.  If you go to the museum you can see recreations of Victorian jewellers working in their shop windows; if you walk a few hundred yards away you can see the exact modern counterpart.  I spotted three jewellers at their benches by their windows.  The quarter opens for business at a normal time but most of the dealing is done and the shops shut by four in the afternoon.  I found myself instantly at home; talking to jewellery workers is exactly the same as talking to craftspeople in any other discipline.  The modesty was as staggering as the competition, how anyone at all makes any money I have no idea.  I think if you were shopping to have a look at everything you would need several days.  I had decided in advance I would look at 9ct gold bracelets, looking for either unusual, impressive for the money or multi-coloured gold.

The variation was both incredible and less than I expected.  The industry is very fashion-lead for a substance with such a long history.

Gold is amazing.  It is the only intrinsically yellow gold coloured metal in nature, where it can be found in nuggets (one lump or two?), veins in rocks and, surprisingly, seawater.  There is roughly a milligram of gold in every ton of seawater, though it would cost more than the value of the gold to extract it.  All the gold that has ever been worked could be squashed together into an eight storey office building, which isn’t all that big compared to the size of the planet.  Conversely, if you’re spreading it out, one ounce of gold can be beaten flat so thin that you could make a couple of six foot dining table cloths with it.  This state of gold is known as gold leaf; it is so light that it can float away in a slight draught if you don’t get your paintbrush on top of it fast enough.  Many of those eighteenth century gold picture frames are covered with real gold leaf; I have watched my father restoring them.  Gold leaf is also used to decorate food and, dissolved in suitable spirits, can be painted on to china and fired, which I used to do for my earliest Victorian-style mantelpiece dogs.  I find the symbols into which gold has been shaped very interesting, because of the intrinsic worth, all cultures have used gold for some of their most valued icons from masks of Aztec gods to the cross in your local church; throughout history, gold, when fashioned into the shape of choice, has been revered.  It’s the gold standard and it’s as good as gold. 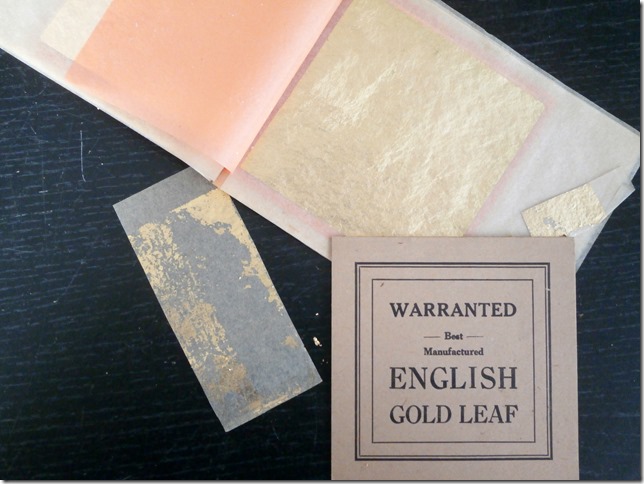 Back in the jewellery quarter, the sun shone as we trekked from shop to shop, though as they’re all next door to each other it isn’t much of a trek.  My other half, deeply enmeshed in his slimming app, had to keep turning his step counter off each time we walked into a shop and back on each time we emerged blinking into the sunlight.  About three shops in I had sussed out which were possibles and which not; although most dealers sell everything, nearly everyone specialises.  It’s like a giant Miniatura, but with gold.  Consequently I only needed to be in some shops for half a minute before walking out (as politely as possible) which left him indoors dithering on doorsteps struggling to control his app. Meowing as the woman who has been asked how many millilitres of gravy I’m pouring on his dinner, I was highly delighted.  Sadly the overuse did not break the app and he kept it up all the way to the taxi that decanted us on to our drive, five hours later.

Woman on a mission, I wanted to see every shop except the ones that were shut.  We stopped for lunch at a cafe I was thrilled to see had vegetarian and coeliac options, even nicer, in the toilet it had a height chart that enabled me to see I can look down (just) on Danny DeVito. I can definitely (but not metaphorically) look down on Mother Teresa and I can look Dawn French in the eye unless either of us is in platforms.  The other half emerged announcing his stunning height similarity to Humphrey Bogart after which Bogey and the patron saint of Tea Towels on stilts set off to do the rest of the quarter (the fifth?).

By half three we had done every promising shop and stopped to regroup in a brilliant Victorian pub with fabulous stained glass and art and terrific ceramic tiles everywhere.  I studied my notes.  Shops here are used to visitors from all over the world losing them among the masses, so the more savvy traders have business cards with spaces for lists and a picture of the shop on the other side.  Perhaps I should do this for Miniatura.  I really didn’t have much difficulty deciding, I had picked out a winner which was a modern recreation of an antique style, the moment I saw it.  In another shop there were several chains I liked, made by a good craftsman but poor salesman; we had to persuade him to show us the roll of sample bracelets he had made in silver in invented links.  He kept telling us we wouldn’t be interested and I kept telling him I was.  So, refreshed, we went back to him first.  I had written three possibilities on his card but already knew the winner, which was just a very flattened giant curb chain with really nice sloping edges.  In the shop it took him a good ten minutes to identify the chain, which he had put back on a different board in the window.  The price worked out at just over £19 a gram, which is better value than the heavy bracelet I bought in Australia six years ago, just before the global price went stratospheric.  Then, I had done the Sydney shops in the post Christmas summer sales, picked the one I wanted and returned three times feigning disinterest and bargained like crazy to get the best deal.  Today, getting a better deal with ease gram for gram on a bracelet half the weight I was well pleased.  The jeweller polished it till it shone like the sun, took an extra fiver off, as I cheekily asked not wanting the box, so I wore it out of the shop.

I went back to the first shop and had the bracelet there as well.  It was out of my budget so I used up all of my savings because I was there and I had the chance and just for once, why not? Quite amazingly the owner of the shop was also having a birthday and we exchanged the names of other May babies who shared our day, George Clooney, Tony Blair, Sigmund Freud and Rudolph Valentino among them.

I am getting better as I age at getting the thing I really want rather than the thing I nearly want.  I think my difficulty with knowing what I like comes from quarter of a century of my controlling mother making all my choices for me.  She even chose our honeymoon; it was awful, we left after three days.

Back in the happier present we went home early and I sat in my shed with a cup of tea while the other half opened tabs and did spread sheets on optimum restaurants locally.  He found one with vegetarian coeliac choices and because I mentioned I’d have a cocktail as it was my birthday, they came with candles in my ice cream and played Happy Birthday.

And I went home feeling I had walked among the famous wearing gold.  After nearly two long and difficult years as a carer, I had a day completely off, in the best possible way.  What a relief. 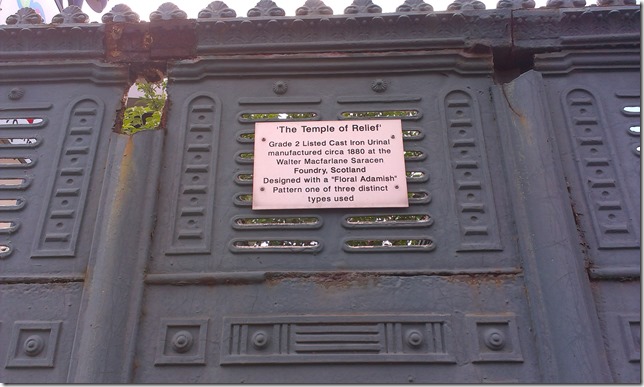 JaneLaverick.com – always believe in your gold.

This entry was posted in Nostalgia and tagged gold. Bookmark the permalink.

One Response to Gold.