In a good way.

Once again I am absolutely knackered but this time in a good way.  Over the last four days I have worked hard and here is the result. 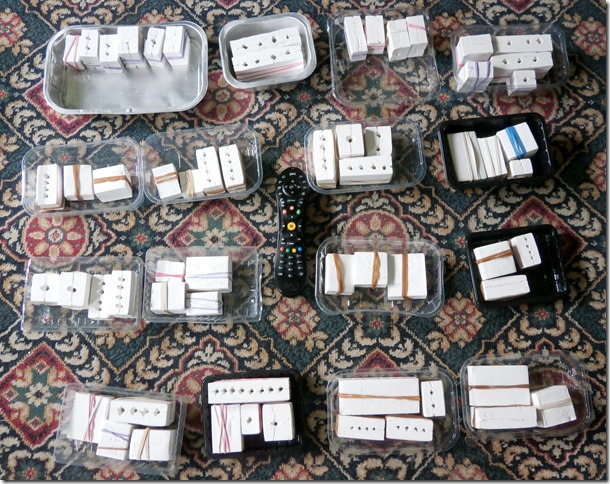 61 plaster of Paris moulds for porcelain, or, to put it another way, an entire new range of 24th scale porcelain items, potentially.  I have put the TV remote control in the middle so that you can see that these are small moulds.  Each one is a mould of two halves except for some of the more complex ornaments, which are the entire top row as you look at them.  Most of the moulds in the metal tin, top right as you look at the photo, are three part moulds, necessary to demould complex shapes.

Most of the oblong moulds with a series of holes are for dolls. 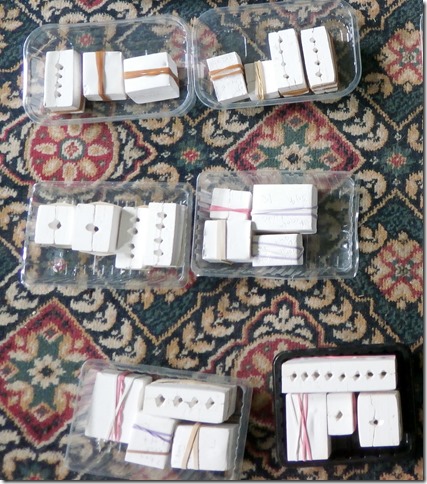 Such as these. These 24th scale dolls are articulated, all porcelain, internally strung but because of the size and the need to produce them with a lower wastage rate and therefore a cost comparable to the current wired porcelain 24th scale, I have made them with hands and lower arms in one piece, likewise feet and lower legs.  So if you can spot a mould with four holes that will be the limbs.  Each plastic box contains one doll.  So, for example, in the box middle left, the far left mould with one hole will be either the head or torso and so will the one hole mould next to it.  The four hole mould on the right of that in the same box will be the lower limbs for the doll or the upper limbs and so will the mould next to it in that box.  Ten pieces of porcelain for each doll, which sounds like a lot.  It is.  Especially when you remember that each doll cannot be more than three inches tall.  It’s six hollow pieces for each doll that have to be poured with a hole in the middle sufficient for the elastic to go through and not catch on anything less than smooth.

I have enjoyed doing the ornaments.  Here is Aphrodite. 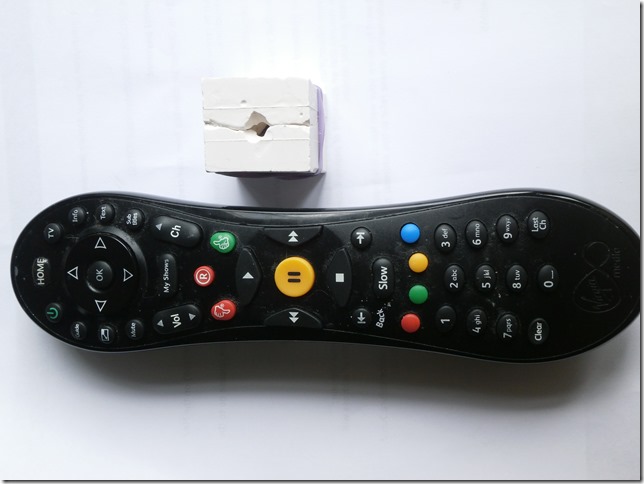 Next to the remote control, which is wonderfully anachronistic.  I know you can’t really see her, can you see her now? 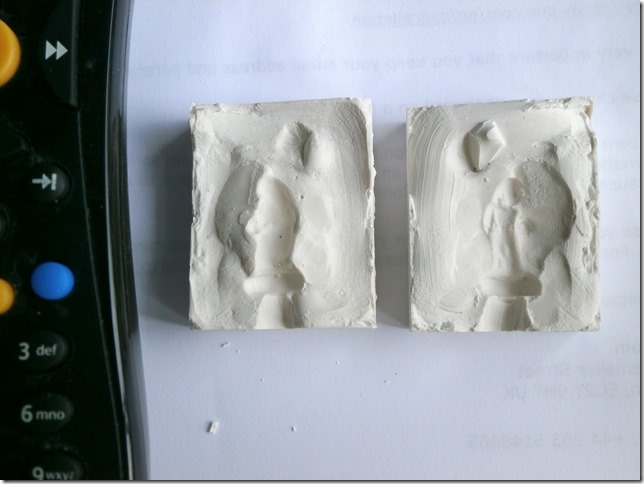 She has a very large golden apple, or it might just be a bowling ball you can perhaps spot it in the centre of the right hand part of the mould.

Does this have all the detail in it?  Will it demould well or rip her apple off?  Your guess is as good as mine, but I’ll find out in a couple of weeks when I start pouring.  Meanwhile, fairly soon I must go into the garage and have an old mould cull to make room for the new ones.

This entry was posted in 24th scale, About artists. and tagged moulds. Bookmark the permalink.