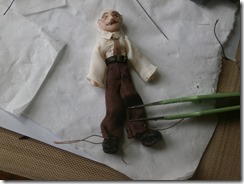 Henry was worried that he might be late for work because of difficulty tying his shoelaces.  They were, after all, just one filament sewing thread. 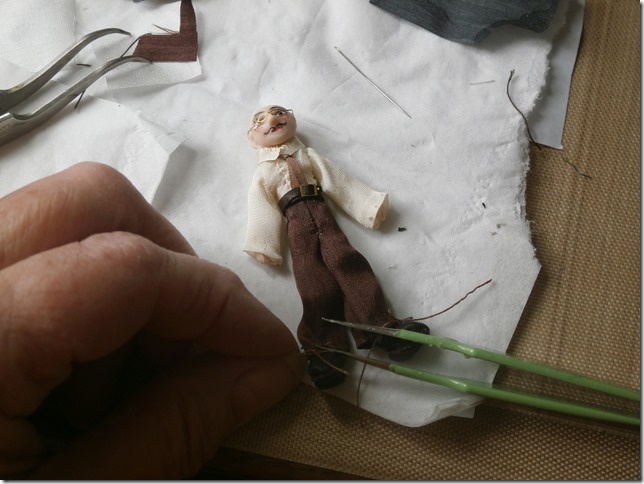 Happily the giant hand was at hand, which was handy.

Henry got to work at the bank in a rush, just in time to be umbrellaed by Mrs. Vera Coggins, who was overdrawn again. 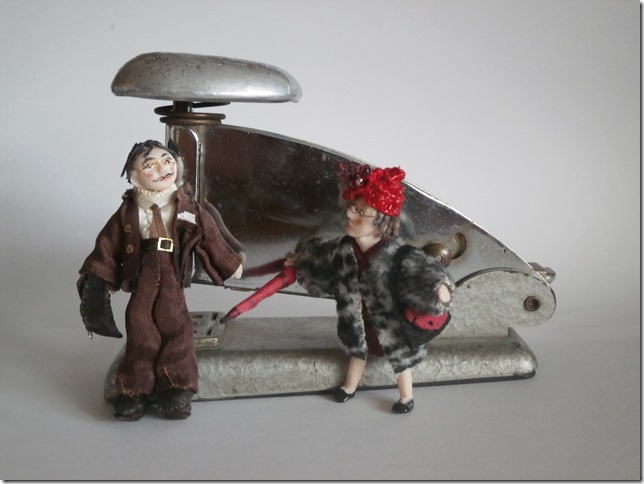 ‘How is it, young man, that there is always so much month left at the end of the money?  I need plenty of money for Miniatura.’

Henry suggested that if she were to stop spending so enthusiastically, she wouldn’t be overdrawn.  This was definitely the wrong thing to say.  She rushed past him, whacking him with her brolly. 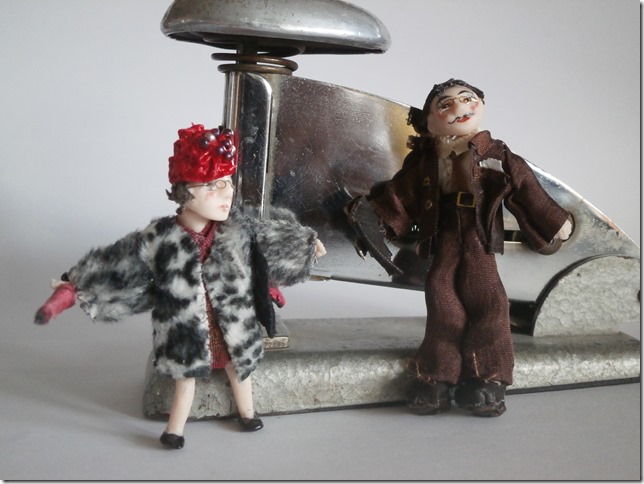 ‘Don’t be ridiculous!  There are still five cheques left in the book!  I shall have a word with someone more senior!’ 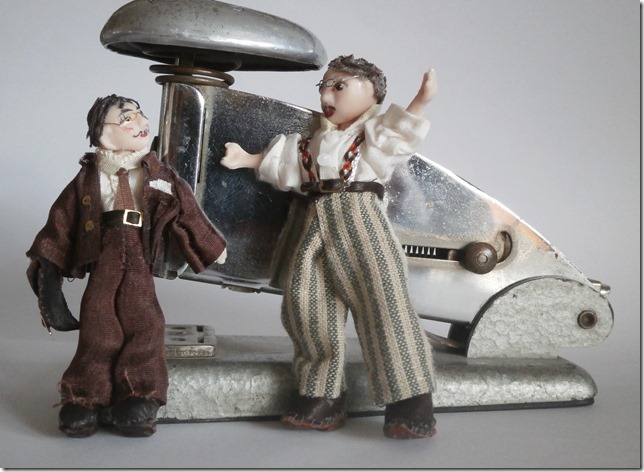 ‘I extended her overdraft, went on to the concourse at the NEC and got her some money from the cash machine.  But I’m going to take away her chequebook next time she comes into the bank.  Or you can.’

Actual money is a very welcome thing at the Min.  I don’t have a card reader because I only exhibit at Miniatura twice a year, so it would cost me more than my takings to have one but I do accept cheques drawn on a British bank, and money.  Many other exhibitors are the same.

The good news is that you won’t have to spend your money in the car park.  Ask on the way out and they will give you the pass that will enable you to exit the car park free, gratis and for nothing. This is wonderful.  I have attended other shows where the car park cost me £16 before I even got into the building.  But Miniatura is not like that.  It’s very classy.

This entry was posted in About artists. and tagged Miniatura at the NEC. Bookmark the permalink.