I’ve turned into a right little rubber, I’ll have to be, I have several hundred things to rub.  Here they are: 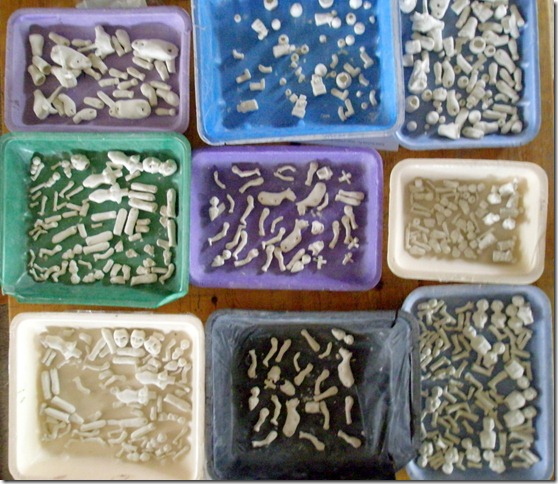 Does that look like plenty of work to you?

It’s quite exciting because everything is new.  What I’m hoping is that all those porcelain pieces will add up to nine new items.  What can you spot so far?  let’s have a closer look. 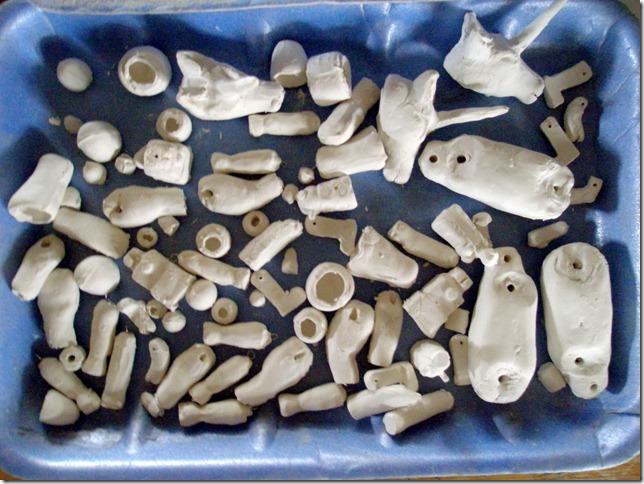 Since I took this photo I’m halfway through rubbing this tray.  If you peer at it you may be able to see the head of a unicorn and a number of hollow pots that are the parts for a Russian nesting doll.  I poured five of these but I’m not expecting to get five finished dolls, in fact I can’t, I’ve just broken the third one of the second largest head.

More of those later.  What else can you spot?

New dolls’ dolls, hands and feet for a new 12th scale teenager and a rolling robot.  Well, he’s a robot, whether he rolls or not remains to be seen. 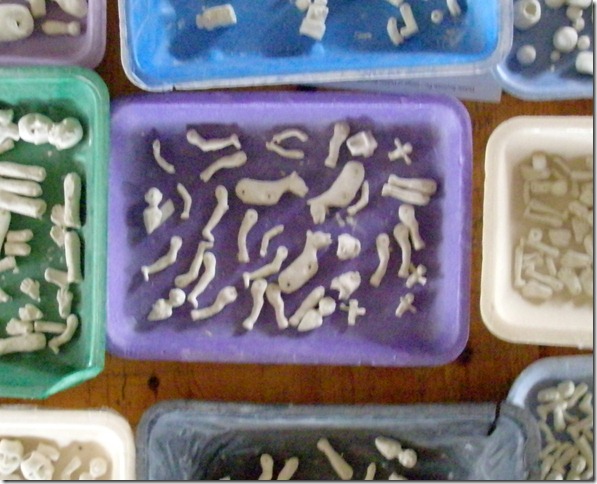 if you squint at it you may just discern a horse and, somewhere, hiding in the white-out, there’s a cowboy.

I’ve heard of a cowboy rubbing his horse down, but have you ever heard of the cowboy being rubbed down by a giant?

I like making very small things; it’s not easy but it’s certainly not boring.

This entry was posted in About artists. and tagged new dolls, porcelain. Bookmark the permalink.