The show is this weekend!  (How did that happen so quickly?)

Among the exhibitors you will find in Hall 8, which is where we are this time, are Bear Cabin Miniatures, they have some newly designed chairs and tables to add to their rustic Woodland Range.  Sounds good to me.  You’ll find them at M3, which prompts me to ask in which order you ‘do’ the hall.  Theories vary.  It is at least twenty two or three years since I met an Incredibly Famous Miniaturist at the entrance to the Min, who shot off like a bullet from a gun to the back of the hall the moment the doors opened.  I followed.  Gloriously alone at the back of the hall, she had all the stands to herself until the  rest of the visitors, working their way one table at a time backwards from the front, caught her up, round about lunchtime.  She wasn’t that wise though; she told people.  Now you can watch from your stand at the off and see half the visitors head for the back while the rest start from the front.  I don’t officially know of anyone starting from the middle and going across the rows, maybe you could be a trend setter and start at M3.

Templewood miniatures have an entire new range of 144th scale Amsterdam Canal Houses.  Here they are 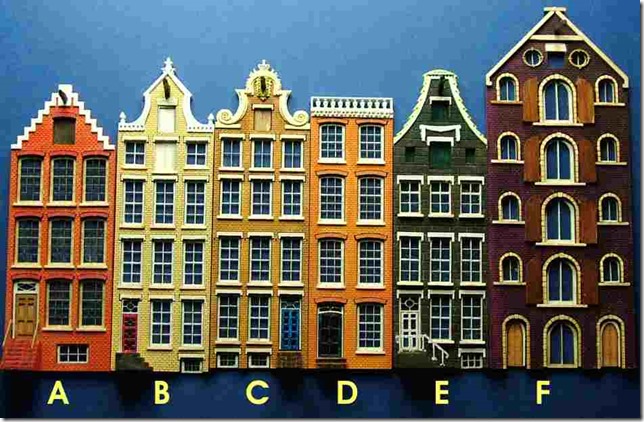 the tallest is just over 5 inches high.  They are sold individually but if you have a windowsill to spare and you can find the tools stand that sells the Scenic water, you could own your own canal.

Barging back to the front of the hall, you’ll find – me!

I have revived the puppets, here they are 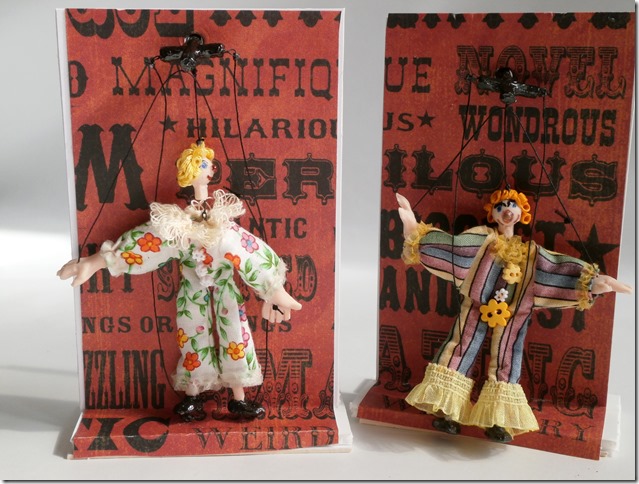 there are clowns and beautiful ladies 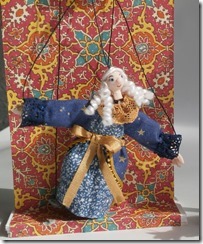 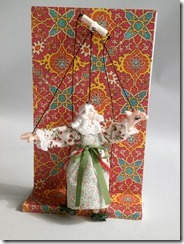 also a puppet theatre just like the one I used to get inside and play when I was tired of making the puppets walk in it. 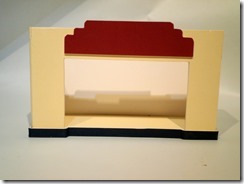 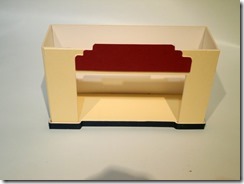 The theatre is a tiny bit small for the current crop of puppets who will shrink next time, though if you lie on the carpet on your twelfth scale stomach, it’s just right.

As usual it is late at night when I’m writing this.  My other half has come down with a virus and the S&H started coughing right after I took him into town to pick up his wedding waistcoat.  Whether he gets to wear it  a week on Friday is debatable; the bride’s father has just been admitted to a hospice.

Whatever happens it will be Miniatura this weekend and what a good thing that is.  It’s a whole weekend away from reality, for everyone, visitors and exhibitors alike.  It’s the magical place at the centre of the miniverse which is unchanging but always different.  My world has revolved around these two fixed points of happiness every year for quarter of a century.  If yours does too, I’ll see you there.

This entry was posted in Miniatura and tagged Miniatura. Bookmark the permalink.