The smallest teddy bear in the world.

Whilst this is a fairy tale and true it is about you.  Each of us is capable of extraordinary things if we have the courage to be proud of ourselves and not be frightened to try to be everything we can be.

Once upon a time there was a German teddy bear maker, who made very small teddy bears and other small stuffed toys that were properly constructed.  The tiny toys were sewn inside out, turned through, stuffed and then jointed so that they moved. This is the proper way to make a real teddy bear and has been ever since German bear maker Richard Steiff, nephew of famous Margrete, invented the teddy bear in 1902.

Here is the new famous German bear maker.  Her name is Bettina Kaminski. 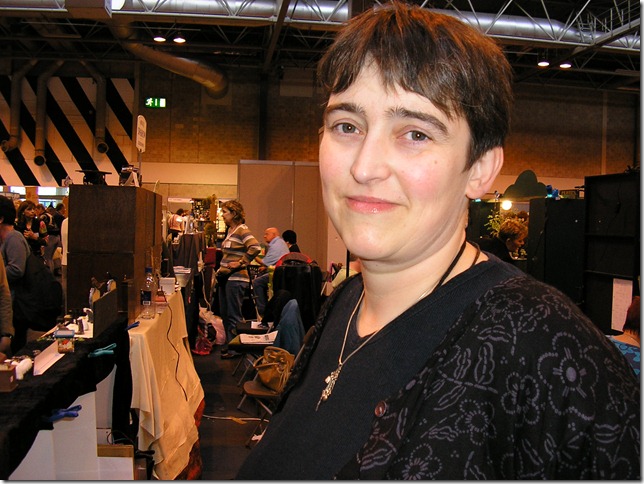 Bettina knitted for thirty years and had been collecting dolls for twenty two years when she put the two together in 1999 and started a miniature knitting supplies shop on the Internet.  She was soon making micro jumpers that were bought by a miniaturist who uttered the magic word: Miniatura.

Miniatura is often the biggest miniature art show in the world and always the best.  There is a quality belonging to anything that is ‘the most’ and ‘in the world’, because when you try harder than anyone else you are being everything you can be at that moment and reaching your potential as a human being.

Bettina started exhibiting at Miniatura, selling 6mm tall stuffed jointed bears that were the equivalent then of the world’s smallest bear in the record books.  The bears and her crocheted animals are pinned to her stand to prevent entranced customers accidentally inhaling the stock.

A lot of Miniatura happens in the exhibition hall but the organisation and work of the press to cover the world’s greatest miniatures show is happening continuously in offices and photography suites adjacent to the show.  So it was, a few years later, that in a photography suite, an editor made a wish. (Did you think the ‘fairy tale’ in the title had wandered in from somewhere else?  This is a real fairy tale.  It has a wish, a flying envelope, a monster, twins, tears and a major newspaper to come yet – keep reading.)

The editor wished that for the 100 edition of the Dolls House Magazine she had a hundred prizes to give away.  Here is the editor. 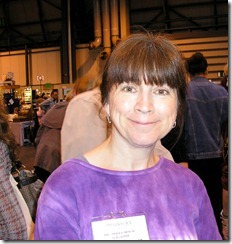 Well, it was me but near enough.  For the next few months I telephoned Miniatura artisans and between the editor and me we did find 99 wonderful miniatures to give away, all generously donated by the wonderful artists who made them.

What was the the 100th prize?  The 100th prize was one of Bettina’s 6cm bears, in a Union Flag outfit which left her home in Germany in a flying envelope.  To be utterly accurate the envelope had an aeroplane round it but technically it was a flying envelope.  Somewhere between the plane and the editor’s desk a dreadful fate befell the bear.  He encountered a monster and was eaten.  (You would have to be a monster to steal a donated 6cm bear, wouldn’t you?)  What turned up on the editor’s desk was an awfully uninsured empty envelope.  So a different extra miniature was found and the 100th edition was published, without Bettina in it.

Here we are in the middle of the story and it’s all going dreadfully wrong.  Fairy tales are like that.  So, often, is life.  I have a theory, that if your life is really ghastly you may be living in a fairy tale; in which case you are the hero of it and you’ll just have to grit your teeth and get busy, knowing that better times are on the way.  After the adventures.

So I asked Bettina if she would fetch me a pumpkin…………

No, wrong story.  I asked Bettina if she would break the record. She explained at length that making bears as small as 6cm is very difficult, it is hard on the eyes, the thread is too thick, the stitches cannot be undone – in fact if it goes wrong it is easier to cut the head off and make a new one.

After a little while Bettina sent me an email.

‘Hi Jane
do you want to know what I did in the last days?  I tried to make the challenging smaller- than – 6mm bear but failed.  I created one thing but it is so small and crumpled, you can’t recognise a bear.  And now my eyes are red and I will stop – so I am beaten.’

So then I asked for four white mice.  Well, not really, I asked her to try again.  At this point the hero of the story could quite easily have told the fairy godmother to get stuffed.  In which case no one would have gone to the ball, at all.

A fortnight before Miniatura Bettina emailed:
’Do you want to know what I did?  I RUINED MY EYES! And perforated my fingers.’

This bear went in a magic, flying, extremely insured envelope directly to the home of the very famous paper’s reporter who took it to work where it had to be photographed with a lens acquired by the paper specially for the purpose.  The reporter brought the bear to Miniatura, which is where I got to photograph it. 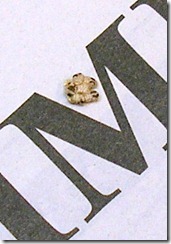 Bit small, isn’t it?  Would you like a closer look? 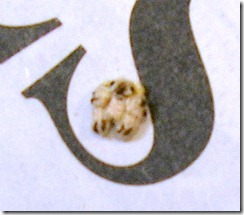 Really jolly small.  Well it would be, it’s the smallest bear in the world.

Anyway, I photographed it and walked around the show with it in my pocket for a while.  It felt like I was carrying a black hole, the responsibility was beyond mega.

Later in the day the owner of A World in Miniature Museum, who had heard about the bear, bought it from Bettina for a four figure sum that made Bettina burst into tears.

That must be the end.  You’ve had the wish, the flying envelope, the monster, the major paper and the twins.

Oh hang on – where are the twins?

After the show the organisers, who had put the news about the  smallest bear on their website, were contacted by a lady from South Africa with a complaint.  This was not the world’s smallest bear, she said, because she had made one half a millimetre smaller that was in a museum.

See, this is the thing with fairy tales.  Just when you think the hero is free and clear it all goes wrong again.

But this is where your world class hero will distinguish herself from your common or garden everyday hero.  Remember her? 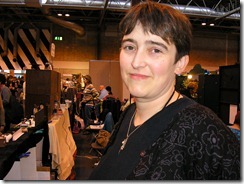 Now she made this. 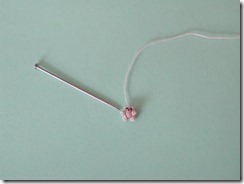 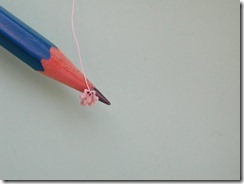 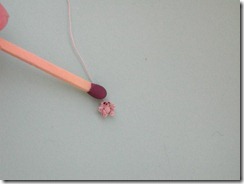 Prettier.  Jointed.  Moving.  The smallest jointed properly made German teddy bear in the world.  I know you’re wondering how big, exactly.  Have a look for yourself. 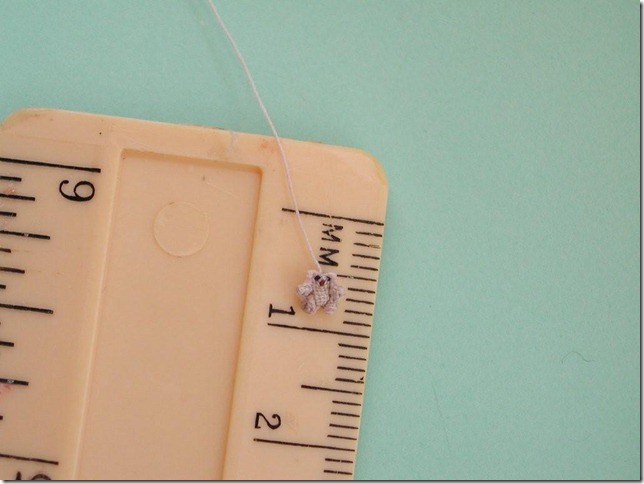 And then Bettina behaved like a real hero.  She GAVE the bear to the museum owner because she is a German bear maker who had contracted to sell him the smallest bear in the world.

The world’s best will be gathered together at the NEC on the 24th and 25th of September for Miniatura.  Full details at www.miniatura.co.uk and thanks to Muriel for the pictures of the real smallest bear in the world.

This entry was posted in About artists., Miniatura and tagged Bettina Kaminski, Miniatura, the smallest bear in the world, tiny teddies. Bookmark the permalink.