The demise of British high street retailer Woolworths has had an effect on more areas of my life than I could possibly have imagined, not least, the garden. 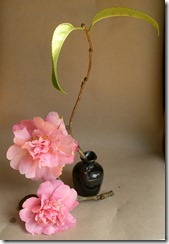 Being an innate rather than educated gardener – my father’s firm belief in the efficacy of a good top dressing of concrete having shaped all the gardens I grew up in, I find thrift in the garden came very naturally to me.  This tendency was nurtured by a simple lack of cash at all stages of our lives.  At one point when five of us were living intermittently on the wages of one lab tech who was saving the world from Legionnaires Disease and therefore really did need to keep on doing it, we could eat what I could grow.  This doesn’t half sharpen up your gardening skills as well as your shopping skills, which is probably the garden path that led me to the Woolworth’s plant graveyard.

In our local store, on the corner of the marketplace between the juncture of Georgian elegance and sixties brutalist concrete slabs, Woolworths was a huge one-floor wonder, the emporium of cut-price loveliness, usually full of shoppers but not of staff.  Much of the merchandise was merely restocked as it was sold, which worked well for all departments except the penny sweets, which always looked as if they had been assaulted, rather than bought, and the plants, which, to my knowledge, were never watered.  I could be doing someone an injustice.  Some green-fingered shop assistant (for such they were in the days before they all became colleagues, or share holders) may have sneaked around at closing time with a plastic can withdrawn from stock but with the label still attached so it could be dried off and sold, and watered the living plants.  At the height of gardening season there were at least a couple of gondolas full and often two or three tables as well.

The plants came in looking lovely and desiccated rapidly.  Popular species sold at speed on Saturdays ready for the next delivery at the beginning of the week.  Two or three weeks into the season the graveyard began.  The items were often perennials and trees and nearly always plants that would progress from branches and many leaves via broken branches and a few leaves to two twigs and a leaf, at which point they would get thrown out.  But, in their stately progression to certain death they would be reduced in price every few days.

Waiting for the exact intersection between the optimum price and the resuscitability of the plant was a competitive sport.  I knew there were several other skint gardeners competing, some of them, sneakily coming into the store on random days of the week.  Thus there was always the risk that a plant, visited for a fortnight, could suddenly have disappeared when you came in so ready to purchase you actually had up to one pound in change, in your purse.  On several occasions when there were two bargains, I spent the bus fare and walked home, leaving a triumphant trail of dried soil from the holes in the plastic carrier bag all the way back, or until the soil ran out, when I would arrive in a rush with a twig and roots.

I left the camellia for about ten days as the price dropped from several pounds and the leaves dropped from the bush.  Eventually my nerve cracked at 34p, two leaves and a twig.

Twenty years later it is now a tree seven feet tall, with its own local fan club who visit it on a good spring.  A good spring for the tree is no late snow or frosts, which knock the buds off before they open.  It was good this year but not wonderful and I’ve had to prune it severely to get out son’s car on to the path bit of a drive meant for one car. 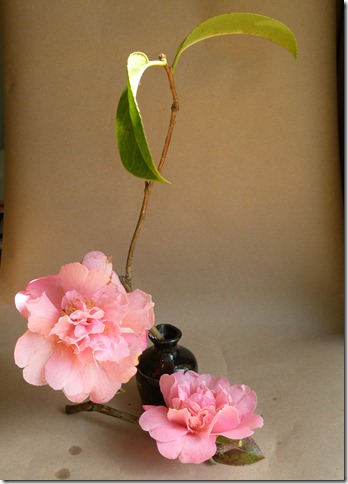 The beauty of the flowers right outside my kitchen window cheer even the most dismal day.  It has most certainly fulfilled the promise of a whole 34p and the bargain means it’s not just  a good buy, it’s also a good story, told to questioning passers by for about fifteen years.  Every now and then I go mad and give it some sequestered iron and I feed it throughout the flowering season but mostly the rain and the sun do the work and I just enjoy a lasting triple pleasure.  It was a bargain, I rescued and grew it and here it is, a delicate plant still thriving out of doors a couple of decades later.  These pleasures I would never have known if I had been a rich person with a gardener and a greenhouse.

I miss Woolworth’s plant graveyard and the opportunity to nurture accomplishment from adversity, with thrift. 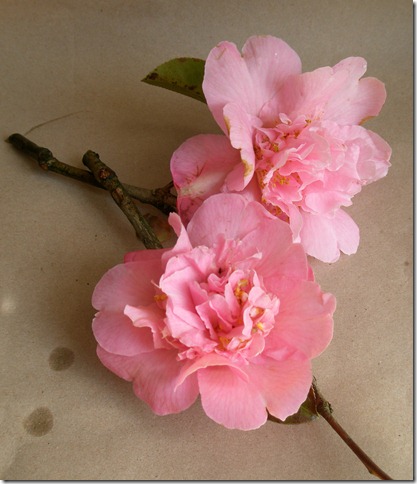 JaneLaverick.com – the answer lies in the soil.

This entry was posted in Nostalgia and tagged camellias, gardening, Woolworths. Bookmark the permalink.